Dr. Kurien Thomas: God's Trailblazer in India and Around the World 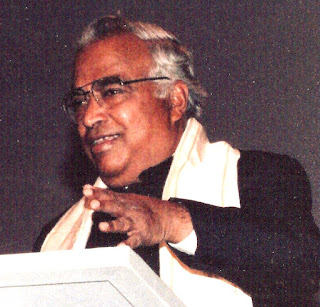 DR. KURIEN THOMAS (1922-2000) was a pioneer of the Pentecostal movement in central India. He came to Itarsi, the heart of India, in 1945 and laid the foundation of the Pentecostal Church there. In 1962, he began the Bharosa Bible School which grew on to be known today as Central India Theological Seminary. In 1967, he became the first Chairman of the Fellowship of the Pentecostal Churches in India. Dr. Thomas was a prolific writer in Hindi, English, and Malayalam. He was editor of Satyadoot, a continuing Hindi Christian monthly, and was author of several books. Kurien Thomas: God’s Trailblazer in India and Around the World, written in 1986, was his autobiography.

Kurien Thomas was born on 9 January 1922 at Ranny, Kerala, into a Keralite Syrian Orthodox family that traced its origins to the first converts of Thomas the apostle of Christ. In 1939, during a gospel meeting in his village in Kerala in which the renowned Pastor K.E. Abraham ministered, Kurien gave his life to Jesus. Hungry for God’s Word, he joined the Hebron Bible School at Kumbanad with the assistance of Pastor Abraham. At that time, Kurien was not fully committed to ministry, and since the School didn’t allow such students to live in the hostel, he along with some ten other friends arranged to stay outside the campus and attend the School for the classes. From 1940-41, he also voluntarily taught at the English Medium School there started by Pastor Abraham. After leaving the School, Kurien had intentions to join the Indian Armed Forces and applied for the same. However, during the 30 days in waiting before the joining letter could come, he experienced a spiritual turning point, his baptism with the Holy Spirit. With the baptism came a deep longing to serve God fully; Kurien, rejecting the offer to join the Armed Forces, set out at the age of 20 to serve the Lord. 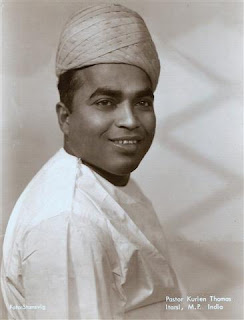 On 2 November 1944, Kurien was married to K.M. Annamma, daughter of Pastor K.G. Mathew. His zeal for the Lord’s work was so intense that only two days after their marriage, he set off to preach in a convention at Melpadam. He recounts how when, during the meeting, it began to rain and people were running helter-skelter, he called them to become still and then he prayed; the rain abruptly stopped.

Only a few months later, in February 1945, Kurien Thomas and his wife Annamma entered Itarsi as the first Pentecostal base missionaries to that region. Pastor M.K. Chacko of Delhi had earlier made a short visit to this place and seen the absence of any Pentecostal work in the central province. On reaching Kerala, he shared this burden with Kurien and his wife. The couple felt that this was God’s will for them and started out with Pastor Chacko arriving at Itarsi in the first week of February, 1945. The next day, Pastor Chacko left for Delhi, leaving the 23 year old preacher and his 19 year old wife before a mountain of mission challenges ahead of them. The next few years were times of intense and multiple trials, but the Lord was faithful; the ground was finally broken and in the years to come, a formerly barren land bloomed with harvest crops of the Spirit’s outpouring, having turned into a giant mission base that trained and sent out hundreds into the mission fields of the world. 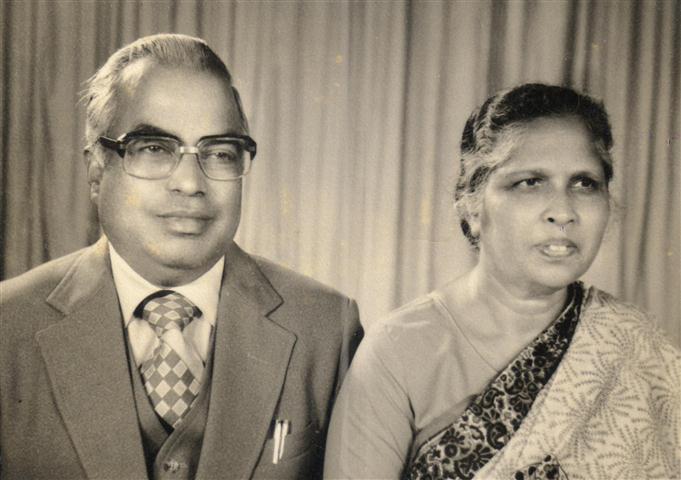 In 1946, the first Pentecostal conference was held in Itarsi. In 1948, the Hindi monthly, Satyadoot, was born. In 1962, the Bharaso Bible School (now Central India Theological Seminary) was started with only seven students. In 1966, several independent Pentecostal churches, primarily in North India, decided to come together as a Fellowship under the leadership of Dr. Kurien Thomas. The Fellowship, which celebrated its Golden Jubilee this year, came to be known as the Fellowship of the Pentecostal Churches in India.  Dr. Kurien Thomas ministered in several conferences, conventions, churches, and seminaries in India and all over the world. He spoke in most of the major Pentecostal conventions and travelled to several countries. Dr. Kurien authored several books including, in English, The Holy Spirit, and God’s Trailblazer;  in Hindi, Dharmavijnan Pranali (Systematic Theology), Pavitra Atma, Parinayagatha (Commentary on Song of Solomon), Daiviya Prakashan (Commentary on the Book of Revelation), Ish Adarsha Niketan (Typology of the Tabernacle); and, in Malayalam, Ecclesiology, Arithayade Alambam (on Book of Ruth), and Elohiyude Eliyavu (on Elijah).

On October 19 of 2000, two days before the Annual Conference would begin, Dr. Kurien Thomas breathed his last and entered into glory. He is succeeded by his son, Dr. Matthew K. Thomas, who, in addition to the ministries at Itarsi, also serves as the present General Secretary of the Pentecostal World Fellowship. 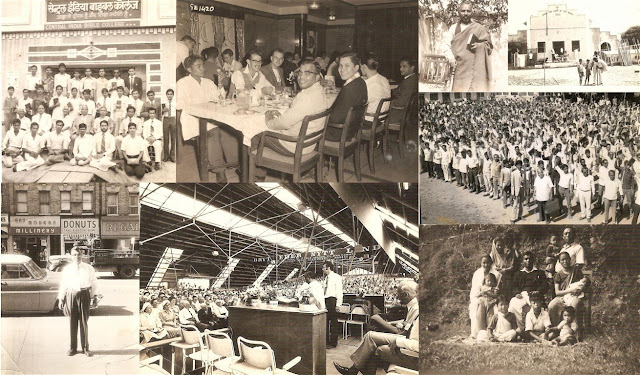 Originally written for the FB group "Remember the Leaders who spoke the Word of God to you"
Links:
Official Central India Outreach Page