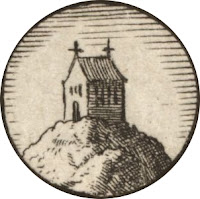 In Acts 19:8-10, 18-20, we have a marvelous example of the Pauline method. In two short years, we are told, all those in Asia heard the Gospel. Asia covered a territory of approximately 50,000 square miles. There was a mighty revival. Books belonging to various false cults were burned publicly. The upheaval was so great that books costing thousands of dollars were burned.

How did it happen? Paul took charge of a school and taught every day. Most certainly he did not travel throughout Asia and evangelize the country himself. So far a the record goes, he stayed in one place, but he taught others; then they in turn went everywhere preaching the Gospel, with the results described in the 19th chapter. Wherever he went, he "preached and taught" (Acts 14:21). That method cannot be improved upon. It will work everywhere.

The West Indies Mission has proved it. They started in Cuba with a Bible School. Not a church, mark you, but a Bible School. Then they went to Haiti and established another. Later they put one in the Dominican Republic and another in Jamaica. Now they are starting a fifth in one of the French Islands. What has been the result? The students in hundreds have gone from their Bible Schools throughout the length and breadth of the Islands of the West Indies, and more than 80,000 have been won to the Lord Jesus Christ.

The old method has been followed for decades. Churches had been built in the larger towns and cities, but the country districts, where most of the people lived, were left untouched and unevangelized. The West Indies Mission went in. The Pauline method was adopted. Now annual conferences number over 7,000, so great has the Word of God grown and multiplied.

In Ethiopia, the missionaries had made but little headway. There were only a handful of believers when I was there. Then the natives took over and during the Italian occupation, in spite of imprisonment, floggings, and martyrdom, 20,000 were brought to Christ without the help of a single missionary. Today there are 50,000 Christians and 300 native churches. What a miracle! That is the ideal way. It is the only method that really succeeds.

Such a method cuts down expenses. The natives can live cheaper. No furloughs are necessary. They can be supported by their own churches. Foreign funds are not required. All we have to do is support the missionary and his work, and leave it to the natives to do the rest. The work then becomes self-supporting, self-governing, and self-propagating. That is the Scriptural way. The Pauline method cannot be improved upon.
Missions