Is Yoga Just About Exercises? 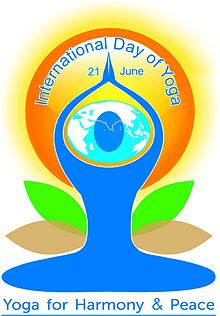 Contrary to popular assumptions that yoga is just about exercises, the Hindu scriptural text, Yoga Sutras declares yoga as the path to self-realization or union with God. The doctrines of karma, reincarnation, and spiritual powers are integral to the philosophy. If this aspect of philosophy is removed from yoga, then it becomes just a set of exercises and is no longer worthy of being called yoga. It would do injustice to call a set of exercises as "yoga" after subtracting from them the ground on which they are based. Therefore, the government of India website has tried to make it clear to the world to not misunderstand yoga as just a mere set of exercises (especially as the recently adopted International Day of Yoga on June 21 draws closer). The following are some statements quoted from the site.

"Yoga is an invaluable gift of ancient Indian tradition. It embodies unity of mind and body; thought and action; restraint and fulfillment; harmony between man and nature and a holistic approach to health and well-being."

"Yoga is not about exercise but to discover the sense of oneness with ourselves, the world and Nature."1

"The term ‘Yoga’ is derived from the Sanskrit root ‘YUJ’, meaning ‘to join’ or ‘to yoke’ or ‘to unite’. As per Yogic scriptures the practice of Yoga leads to the union of individual consciousness with that of the Universal Consciousness, indicating a perfect harmony between the mind and body, Man & Nature. The aim of Yoga is Self-Realization, to overcome all kinds of sufferings leading to 'the state of liberation'. This is one of the oldest sciences of the world, originated in India, which is very useful for preserving and maintaining one's physical and mental health and also for 'spiritual evolution'."2

Yoga is the soteriological doctrine based on the cosmological doctrine of Samkhya of which it is considered to be the twin part. Thus, Samhya-Yoga are always looked together in Indian philosophy. 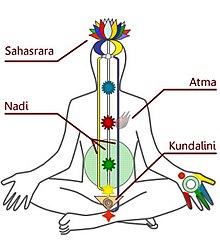 The 5 principles of Yama are identical with the 5 vows of Jainism. The doctrine of activating the Kundalini powers within the body are somewhat similar to the doctrine of chi power in popular Buddhism.

Biblical Analysis of the Theory

Briefly, while the Bible is not at all against any physical exercise that aids the health of body (1Tim.4:8), it certainly distinguishes itself from doctrines that teach that physical postures and exercises lead to salvation of soul. In this it does somewhat agree with the form of yoga known as "Bhakti Yoga" which stresses on faith and love as the path to salvation. The Bhakti track consists of the following 9 principles:

The only main thing to note in the Biblical doctrine is that salvation is by faith in the accomplished atoning work of Christ. Also, Biblical worship is worship in the Spirit and forbids use of any imagination of the form of God or images during worship. Further, Biblical bhakti is different from the bhakti theory of Swami Vivekananda that states that God is the projection of the self, and in the worship of God, one is actually focusing on self. The Bible declares God to be separate from the creature and transcendent to the world; He is Creator and Judge of the universe not one with it. At the same time, however, the Bible also states the fact of divine immanence and omnipresence in the world.

Certainly, Bhakti Yoga is not what is in mind when one is talking of the International Yoga Day.

Now, for certainty, mudra and asana (posture) have a role in Christian worship. For instance, there is the gesture of kneeling down, raising hands, standing, and prostrating. However, in all these the view is absolutely not at all that the gestures prompt the feelings or experience. They are not mimesis to reality, but reality itself. One doesn't kneel in order to feel humble; one just kneels out of humility; one doesn't dance to reach ecstasy, one dances out of joy. And then, the internal posture is more important than the external one. It is possible that one can be kneeling externally but standing haughtily inside.

By stating that physical exercises profit little but godliness profits much (1Tim.4:8), the Bible establishes the distinction between the spiritual and the physical. They cannot be fused. It goes on to state that physical austerities can't help to save a person.

Therefore, if you died with Christ from the basic principles of the world, why, as though living in the world, do you subject yourselves to regulations --"Do not touch, do not taste, do not handle," which all concern things which perish with the using -- according to the commandments and doctrines of men? These things indeed have an appearance of wisdom in self-imposed religion, false humility, and neglect of the body, but are of no value against the indulgence of the flesh. (Col 2:20-23)

In fact, there is a verse that states that the Last Days will intensify contrary doctrines that teach to not marry (celibacy) and abstaining from God-given foods (1Tim.4:1-3); for instance, doctrines that state that food like meat, onions, and garlic intensify sensuality.

In addition, the concept of spiritual evolution in the sense of reaching higher levels of self-consciousness is alien to the Bible. Concentrating on a point, a flame, a word, or an object is popularly used in hypnosis. Some have noticed this as leading to hallucinations similar to those under influence of LSD and such hallucinogen drugs. While it is claimed that these heighten the sense of reality, it has been observed that these produce distorted sense of reality.

Of course, not everyone is interested in these philosophical and mystical aspects of yoga, and wish to contain themselves with only the physical exercises alone. However, it is suggested that one should call exercises as exercises alone and not as yoga if they are not considered to be yoga in the sense that "yoga" is meant to be understood. In that way, we do justice to the meaning of terms and don't confuse meanings.

Finally, it is important to be careful not to throw the baby with the bathwater here. Principles like non-violence, non-covetousness, and truth are morally upright. Also, right forms of exercises to improve blood circulation, muscular mobility, strength, and breathing and stretching exercises are certainly good for the body, when properly done. Just because they occur as limbs of Yoga don't mean that they are yogic in the philosophical sense. However, anything that is intended towards union with nature, shutting down of senses, and attainment of super-consciousness is fundamentally different from the teaching of the Bible. As such, one must be very clear in asserting what one believes and what one doesn't. India is immensely gifted with a very rich cultural heritage of health understanding. From ayurveda in medicine to the various schools of physical education, there is a corpus of literature and tradition that is a historical treasure of the nation. It continues to develop and share its riches with the world even as it absorbs understanding from others. But, when it comes to philosophical understanding, it is important to note that India has been pluralistic. Even within Hinduism there are schools that disagree with each other. For instance, some consider idolatry as non-Vedic while some consider it to be Vedic; some consider God to be a transcendent other while others consider God to be identical with the universe. As such, highlighting a single religious philosophy over the other and trying to make it mandatory is opposed to the cultural texture of the nation. It is important to keep politics and religion (or religiously colored culture) separate in order for peace, fraternity, and freedom to be secure. The true spirit of secularism will try to assure this.

Raja Yoga by Swami Vivekananda
Death of A Guru by Rabindranath R. Maharaj
Cults, World Religions and the Occult by Kenneth Boa