National Integrity: Neighborliness, Not Culture is the Answer

- June 20, 2015
In the past, empires and regimes identified national integrity with a cultural, ideological or religious unity of some kind. Thus, from Nebuchadnezzar's Golden Image and Alexander's Hellenization to Nazi Fascism and Soviet Communism, the attempt was to unify on the basis of symbols, forms, and slogans. However, it didn't unite but only divide turning a nation against itself and its own people, in some cases leading to persecution by the government of the very people it was called to protect.

Opposed to such false ideals of national integrity, modern secular constitutions envisage justice, equality, fraternity, and liberty as the chief principles of nationhood. In an increasingly globalizing era, cultural pride and cultural monism can never be the answer. The parade and propagation of symbols and slogans don't help much in the improvement of the nation. Pride goes before destruction. 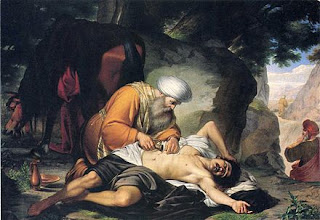 The Parable of the Good Samaritan is one of the best illustrations of the real need. The Samaritan was a cultural and religious "outcaste", one who violated the integrity of the Jewish nation. However, when the man robbed by robbers lay beaten and bruised on the side of the road, it was not the religious priest (symbol of religious pride) or the Levite (symbol of racial or tribal pride) who came to assist the man; they simply turned away; it was the Samaritan who not only gave first aid to the bruised citizen, but also lifted him up, took to the nearest inn, paid an amount to the keeper and assured that the man was properly taken care of till he returned to pay back the expenditure incurred. He was the true neighbor not because he shared the same culture and religion, but because he became a friend in time of need.

A culturally and religiously aflame society is the very opposite of the Good Samaritan ideal. In Nazi rule, "neighbors" turned against their neighbors, betrayals became common, shops were looted, homes were plundered, and things were done against humanity that humanity is still very ashamed of. But, why? Because one individual tried to identify national integrity with racial pride. Hatred is always damaging to self and nation.

But, look on the other hand the lives of the true saints, who don't discriminate humans on the basis of creed, caste, and culture, but know that humanity is one, that men are equal, that justice is the right of all, that liberty is the right of all. These are the ones who display fraternity in their actions. Loving our neighbor as ourselves is the answer. The Golden Rule is: "Do to others as you wish them do to you!"
Articles Culture Nationality