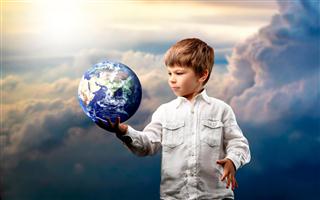 Communication is a bi-way event; both the communicator and the receiver are actively involved in determining what the communication comes to be. There is nothing like passivity in the communication process. Some form of active involvement is always present. For instance, one cannot say about a listener that his mind is a blank slate (a tabula rasa) upon which everything that a person is saying or communicating is exactly imprinted in the way that the person intended to say. The listener is also very actively involved in trying to understand what is being said. And, if the hurdles of communication are not properly and skillfully tackled, the results could be grave misunderstanding if not blankness or sense. Thus, we know cases of people having a false memory of an event; it's because their mind was actively involved in resolving whether a color was red or orange or it was a particular person that they had seen passing by. Preconceptions and assumptions play significant role in what constitutes our understanding of things; and the results are not always infallible. Already, there are a number of issues evident when one considers any communication event. 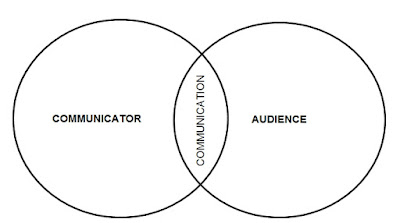 2. The Fallibility and Errancy of the Commuicator can also be a hurdle in communication. For instance, if the meaning of a word has faltered in his memory and he has confidently used it instead of the right word, that could be a hurdle. Now, in some cases, where the audience is sympathetic and perceptive of the communicator's error, the results would only be humorous. For instance, I once sat in a meeting where the speaker confused the word "circumcision" with "circumstance" and literally used the former instead of the latter throughout his speech! Of course, verbal failures are not just forgivable or hilarious always. At times they can greatly mislead and have unpleasant results. I once read the case of a company that suffered mega losses because the stenographer confused the word "effect" with "affect"; in this case, the boss was fired for not spell-checking the typed mail. It is not possible to avoid mistakes; but, by double-checking and vigilant care one can avoid many errors.

3. The Limitations of the Medium of Communication can be a hurdle. A speaker speaking face to face and person to person has more breadth in communication than a person speaking from the lectern or on a TV screen. Even more limitations exist in written communication, especially when words are not properly employed to communicate tone, mood, intensity, and pace. For instance, "Follow me and I will make you fishers of men!" may have been said in a soft tone, as a loud cry, in a serious manner, or in a smiling way. Various movies try to bring out various live interpretations of the written account; however, one can't be dogmatic about any. Yet, a video or even an audio recording of the event (which we don't have) could have had more breadth in giving us a picture of what transpired there. Nevertheless, one must understand that every form of communication (literature, lecture, lyric) has its own breadth and scope that may not be found in another. One must understand the medium of communication. For instance, a write-up for a public speech will differ from a write-up for a journal. It is important in any situation to put oneself in the audience' shoes in order to make sure that the communication accomplishes its purpose: of being understandable to the audience and evoking the intended response.

In addition to that, there may also be technical or technological hurdles, like a bad printing press or a bad PA system or internet or whatever (or limitations of them), in which case the best attempts of the communicator are hampered by the failure of technology.

4. The Limitations of the Audience/Listener can be a hurdle in the communication. Of course, not knowing the language of the speaker is a primary hindrance; knowing only a little is a partial hindrance. I know of a situation in which an evangelist asked a person in a village if he knew Yeshu Masih (Jesus Christ); the person replied, "No, there is no Usha Machine here!" (Usha Machines are sewing machines). He, of course, had never heard of Yeshu Masih; and at the same time, he was also not acquainted with the form of question "Do you know Jesus?" So, he interpreted "Yeshu Masih" of the evangelist as a faulty pronunciation of "Usha Machine".

5. The Fallibility and Errancy of the Audience  can be a hurdle in the communication. Preconceptions play a great role in determining how memory and reason interplay to produce impressions on the mind of understanding. Also, illusions and delusions are not ignorable; if they were, the illusionists would never have been successful. The human mind, conditioned by the physical senses and members, is not infallible; and under pressure or shock or damage can create very faulty impressions. Now, in many cases the errancy is involuntary, influenced by previous experiences and affected by present situations. however, there can be cases in which the faulty interpretation is voluntary; where a person only hears what he was waiting to hear and believes what he wanted to believe. The latter leads to willful misinterpretation and twisting of meaning. In the first case, the situation would be like a lady desperate for marriage (under pressure), sees a gentleman seemingly interested in talking with her, and assumes that he is courting her (but, the gentleman may only be communicating due to shared interests and have no other intention). In the second case, deliberate interpretation occurs when the lady believes that the gentleman is actually very interested in her and then begins to interpret every action of his as an act of courtship. The danger in this is that it is possible for the lady to suppose that the gentlemen secretly is interested in her though he overtly confesses he has no marital intentions; thus, her impulse of hope is charged up every time the gentleman says anything that appears to her as evidence of her hopefulness. Obviously, it will not lead to desirable consequences. When the simplicity of communication is complicated by a web of innuendos, implications, insinuations, or cryptic suggestions, communication becomes messy, tangled, and garbled. Therefore, Jesus gave the rule: "Let your 'yes' be 'yes' and your 'no' be 'no'" (Matt.5:37).
Articles Barriers Communication