Can the Forgiven Become Unforgiven Again? 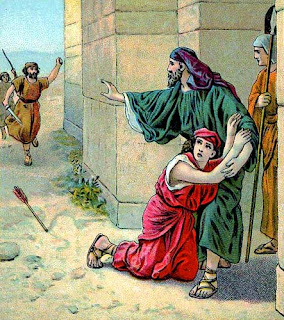 Jesus gives the answer to this question in His Parable of the Unforgiving Servant (Matt.18:23-35). The man was forgiven but his forgiveness became invalid and was withdrawn the moment he showed unforgiveness to someone else who was indebted to him. This man failed to walk according to the grace he received and soon turned to the law when it came to someone else. Jesus told that with the measure we measure out to others, it will be measured back to us (Matt.7:1-2). We are told not to judge. We must be forgiving not just in deed but also in disposition. Forgiveness doesn't mean that we restore people to the same circle of relationship; it means to harbor absolutely no hatred or desire to hurt or of they being hurt.

Forgiveness flows out of mercy and "Blessed are the merciful, for they shall obtain mercy" (Matt.5:7). The entire service of the Temple was founded upon the concept of mercy; the Law only functioned to show people their state of sin. It was at the Temple, at the Mercy Seat, that people received mercy and forgiveness. Therefore, He says, "I desire mercy and not sacrifice" (Hos.6:6). It's because, the person who brings a sacrifice without mercy in his heart blocks himself from the mercy of God. One didn't bring sacrifices to perform the works of the Law but to obtain mercy. Similarly, one who approaches the Throne of Grace in prayer, is appealing to the mercy of God through our merciful High Priest (Heb.2:17; 4:14-16). However, one who approaches the Throne in a legalistic manner will not receive any mercy. To forgive anyone as an act of the law (in a legalistic way) is also unacceptable. One must forgive out of mercy and because we ourselves are recipients of the mercies of God.

Similarly, whoever lives with the attitude, "Oh, they are getting what they deserved!" or "Well, God created them in such a situation; they are "called" to bear it!" is walking according to the law and not according to grace. Our attitudes matter. We are called to show mercy. Those who think that their law (or system) is a hindrance to them from helping the weak and the needy are like the Pharisees who thought the law of Sabbath prevented them from helping a person in need. Jesus rebuked them for such an attitude of mercilessness and self-imposed weakness. We can break through any barriers in order to have mercy and kindness on others.
Forgiveness Q&A Sabbath Salvation