Christmas Made the Greatest of Sins Finally Possible for Man 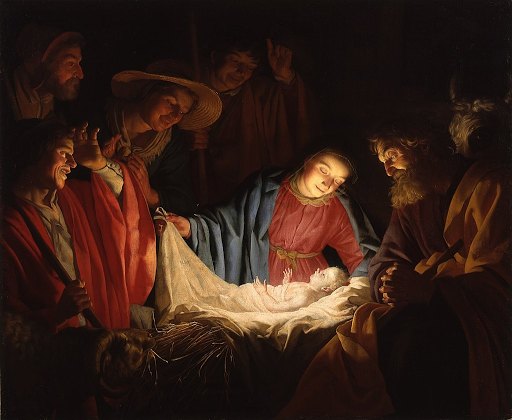 Some people ask why God allows evil in the world; the fact is that He allowed the greatest of all evils ever possible - the murder of God, evil against Himself. That is the tragedy of the Cross; but, that is the reality as well of His goodness. He allowed Himself to be utterly and thoroughly rejected, so that He could embrace us in that pit of sin. How can we forget that at this Christmas!
The very fact that He chose to be born into the most vulnerable situation speaks against all human confidence in human virtue.
Through the Virgin Birth,
He exposed Himself to social rejection and possible illegitimization!
Through the Star of Bethlehem,
He exposed Himself to political violence and possible murder!
Through His deeds and words,
He exposed Himself to religious hatred and possible abandonment by all friends!
Through His love for His disciples,
He exposed Himself to the most insidious betrayal!
Through His silence at His trial,
He exposed Himself to the worst intentions of violent men!
To misunderstandings, hatred, conspiracies, and the murder of God....
But,
Joseph was a good and God-fearing man and he took Him in, violating social mores.
The Magi listened to the angel and disobeyed Herod's phobic dictate.
John remained by His side and at His foot to the end, staying true to Love.
He prayed the Father to forgive those who sinned against Him for doing it in ignorance.
Meaning... there is no respite when the MURDER is truly intentional....
Evil exists,
Good exists,
God died as a man
God lives as the Son of Man!
And, He shall come in clouds of glory
And, Evil shall not exist!
Also See:
Estrangement and Belongedness in the Ultimate Sacrifice of God
ATONEMENT Christmas Crucifixion