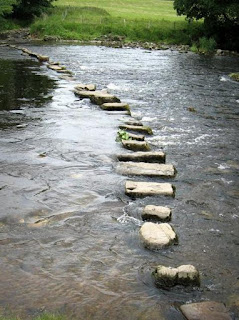 The general rule is that one must not preach what one doesn’t practice and one can’t know in order to share something unless one experiences it. But, especially, if someone knows the truth and preaches it but doesn't practice it, not because he can't but because he doesn't want to, that constitutes rebellion. However, this doesn’t mean that if a person doesn’t practice what he preaches, one must reject what he says. Jesus warned us against this.

Then Jesus said to the crowds and to his disciples, "The teachers of religious law and the Pharisees are the official interpreters of the law of Moses. So practice and obey whatever they tell you, but don't follow their example. For they don't practice what they teach. (Mat 23:1-3 NLT)

Certainly, whether one practices or does not, truth is still truth. Principles never change. However, Jesus also made it clear that only those who really seek to obey God will be able to know the will of God and recognize the revelation of God.

Anyone who wants to do the will of God will know whether my teaching is from God or is merely my own. (John 7:17 NLT)

The Pharisees certainly missed on this. They had no desire for true righteousness that comes by faith in the revelation of God. They were motivated by pride and the desire for honor from men.

"How can you believe, who receive honor from one another, and do not seek the honor that comes from the only God? (Joh 5:44 NKJ)

But, when one has a deep desire for God’s truth, God will reward those who seek Him in faith.

In this, the desire to experience the will of God and to practice His word is a prerequisite to a life lived by the living word of God. In such situations, preaching before experiencing is not discouraged because of the presence of this deep desire for righteousness of faith and the longing for God.

For instance, we have not been to heaven yet, but we know of it from God’s word and long for it. We have not experienced immortality yet, but we preach it and we long for it (2Cor.5:2; Rom.8:23). This longing is the part that leads to the recognizing and the receiving by faith. It’s like a baby that knows (not intellectually nor empirically) that pure milk is what she really longs for and when she is given the milk, she finds rest. This desire to have or will to obey is on the same path of the experience of having and the practice of obedience. The seed and the fruit belong together. It is like the confessing of faith with the deep assurance of the evidence of things unseen.

Now, there is some vicarious aspect of common human experience that validates speaking on something even if we have not experienced it. For instance, how is it that one weeps or may experience increased heartbeat or fear while watching a movie story even though what’s happening in the story is not actually happening with him? Also, there is an aspect of imagination that can infer from previous understanding and try to conceive of an experience in real terms: for instance, the depiction of sea experience by Shakespeare though he himself is said to have never been at sea. Some form of such imagination is part of what our minds also do when trying to understand the Bible. However, much is clarified, corrected, and improved as we continue in the studies and learn to interpret as we listen to the voice of the Spirit.

But, then there are cases where preaching has preceded experience.

Let me quote just two examples from Church history, one from the life of John Wesley and the other from Charles Parham.

“I found my brother at Oxford … and with him Peter Bohler,” John enters in his Journal under date of March 4, “by whom I was on Sunday, the fifth, clearly convinced of unbelief, of the want of faith whereby alone we are saved.”

This turbulency of soul caused John to despair of ever preaching again, and he told Bohler that he would “leave off preaching. How can you preach to others, who have not faith in yourself?” Bohler urged him to continue his gospel work, to which John retorted, “But what can I preach?”

“Preach faith until you have it; and then because you have it, you will preach faith,” came the Moravian’s response.

John was not long in starting on this adventure, for he says, “Accordingly, Monday 6, I began preaching this new doctrine, though my soul started back from the work. The first person to whom I offered salvation by faith alone was a prisoner under sentence of death.”

The condemned man arose from prayer and exclaimed, “I am now ready to die. I know Christ has taken away my sins, and there is no condemnation for me.”
….
Week by week John continued his preaching as Sundays rolled around, and meantime his searching went on with diligence….

…he wrote to a friend, “Let no one deceive us by vain words, as if we had already attained unto this faith. By its fruits we shall know. Do we already feel peace with God and joy in the Holy Ghost?... Does the Spirit bear witness?... Alas with mine he does not….”

He was on a soul search which should cease only when he had found this glorious peace. His spiritual quest went on by the hour until Wednesday, May 24, arrived. Let him tell the story:

“We. May 24 – I think it was about five this morning that I opened my Testament on these words, ‘There are given unto us exceeding great and precious promises, even that ye should be partakers of the divine nature.’

“Just as I went out, I opened it again on those words, ‘Thou art not far from the kingdom.’

“In the afternoon I was asked to go to St. Paul’s. The Anthem was, ‘Out of the deep have I called unto Thee, O Lord… O Israel, trust in the Lord; for with the Lord there is mercy…’”

During that memorable soul-shaping day everything seemed to point John to one thing – redemption as a soon-wrought work in his life. When evening came down Aldersgate Street not far from St. Paul’s, John was unwillingly dragged to a meeting.

“In the evening,” he says, “I went very unwillingly to a society in Aldersgate Street, where one was reading Luther’s preface to the Epistle to the Romans. About a quarter before ning, while he was describing the change which God works in the heart through faith in Christ, I felt my heart strangely warmed…”
…

“I felt I did trust in Christ,” he goes on to relate, “Christ alone, for salvation; and an assurance was given me that He had taken away my sins, even mine, and saved me from the law of sin and death.”

In December of 1900 examinations were held on the subjects of repentance, conversion, consecration, sanctification, healing, and the soon coming of the Lord. But there was the problem of the book of Acts. Parham had always felt that missionaries to foreign lands needed to preach in the native language. Having heard so much about this subject during his recent travels Parham set the forty students an assignment to determine the Biblical evidence of the baptism in the Holy Spirit and report on their findings in three days, while he was away in Kansas City. He returned on the morning preceding the watch night service 1900-1901.

Parham was astonished when the students reported their findings that, while there were different things that occurred when the Pentecostal blessing fell, the indisputable proof on each occasion was that they spoke in other tongues.

About seventy-five people (probably locals) gathered with the forty students for the watch night service and there was an intense power of the Lord present.
It was here that a student, Agnes Ozman, (later LaBerge) asked that hands might be laid upon her to receive the baptism of the Holy Spirit. She believed she was called to the mission field and wanted to be equipped accordingly. At first Parham refused, as he himself never had the experience. Nevertheless, she persisted and Parham laid his hands upon her head.

“I had scarcely repeated three dozen sentences when a glory fell upon her, a halo seemed to surround her head and face, and she began speaking in the Chinese language, and was unable to speak English for three days. When she tried to write in English… she wrote in Chinese, copies of which we still have in newspapers printed at that time”
Ozman’s later testimony claimed that she had already received a few of these words while in the Prayer Tower but when Parham laid hands on her, she was completely overwhelmed with the supernatural power of the Holy Spirit.

After this incredible deluge of the Holy Spirit, the students moved their beds from the upper dormitory on the upper floor and waited on God for two nights and three days, as an entire body.

On the night of January 3rd 1901, Parham preached at a Free Methodist Church in Topeka, telling them what had happened and that he expected the entire school to be baptized in the Holy Spirit. On returning to the school with one of the students they heard the most wonderful sounds coming from the prayer room. “The room was filled with a sheen of white light above the brightness of the lamps.” There were twelve denominational ministers who had received the Holy Spirit baptism and were speaking in other tongues. Some were gently trembling under the power of the glory that had filled them. Sister Stanley, an elderly lady, came to Parham, and shared that she saw “tongues of fire” sitting above their heads just moments before his arrival.

“My heart was melted in gratitude to God for my eyes had seen….. I fell to my knees behind a table unnoticed by those on whom the power of Pentecost had fallen to pour out my heart to God in thanksgiving”

Then he asked God for the same blessing, and when he did, Parham distinctly heard God’s calling to declare “this mighty truth to the world. And if I was willing to stand for it, with all the persecutions, hardships, trials, slander, scandal that it would entailed, He would give me the blessing.” It was then that Charles Parham himself was filled with the Holy Spirit, and spoke in other tongues. “Right then and there came a slight twist in my throat, a glory fell over me and I began to worship God in a Swedish tongue, which later changed to other languages and continued so until the morning”