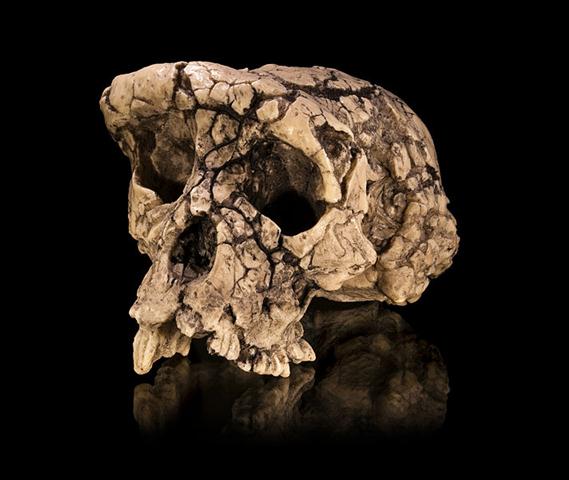 Australopithecus deyiremeda is a proposed species of early hominin among those who lived about 3.3–3.5 million years ago in northern Ethiopia, around the same time and place as several discovered specimens of Australopithecus afarensis, including the well-known "Lucy", a juvenile specimen. (Wikipedia). Some 3 jawbones discovered on March 4, 2011 were proposed as specimens of this proposed species. While the discovery may have prompted overjoy in the evolutionist camp, it doesn't aid to quell doubts regarding the problem of transitional fossils (missing links), considered one big problem of the theory of evolution. Of course, while now and then specimen of so-called inter-species are claimed to have been unearthed, the question of why so less of these still lingers. Often, the missing links are either just a few pieces of fragmentary bones that are put together or only jawbones or such. One answer suggested is that the fossil record itself is meagre. But, obviously one can't sell his everything for not-very-conclusive proofs of treasure in the ground; it will require too much faith to hang the theory of evolution on just a few pieces of bones vaguely assumed as some links between notable species. Also, given the fact that the discoveries can be explained in any other way than referring to the evolutionary theories, these fossil facts do not in any way lend bulwark to evolutionism.Of course, there are arguments that there are other "proofs" besides. The creationists have always maintained that evolutionism violates the 2nd Law of Thermodynamics; to which the evolutionists have responded saying that living organisms belong to an open system and not a closed system; therefore, the 2nd Law doesn't apply to them: they receive energy from the sun. But, how does that answer the question of how life evolved out of mere atoms in the first place; for certainty, the atoms weren't above the 2nd Law. Yet, even if it was insisted that energy in the form of say lightning or sunlight aided the random collocation of atoms to form amino acids, proteins, and living bodies, the very idea of randomness makes disorder or chaos inherent to the process, thus self-defeating the theory of evolution that projects an anti-chaotic world, evolving upward. The resorting to feelings of "scientific sincerity" will not be bad only if "scientific sincerity" were for a moment freed from the shackles of "anti-supernaturalism". The excuse that "science is still young" or "fossil records are scant" is just an excuse that is willingly believed in hope of more proofs later on. But, is it scientific to build scientific theories on mere hopes rather than on mathematically accurate calculations and predictions? Of course, one doesn't need to be evolutionist to be scientific; that is clear.
Apologetics Evolution Fossils