This Generation Will By No Means Pass Away Till All These Things Take Place, What Does THIS GENERATION mean? 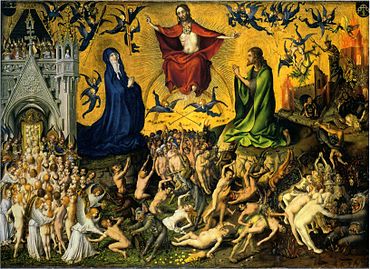 "Assuredly, I say to you, this generation will by no means pass away till all these things take place. (Mark 13:30)

Paul writes about this eschatological experience of the Church (though some interpret it as the first of two phases of the Second Coming): "Then we who are alive and remain shall be caught up together with them in the clouds to meet the Lord in the air. And thus we shall always be with the Lord."(1Thess 4:17)

Then, John prophesies about the anti-Christ: "Then the beast was captured, and with him the false prophet who worked signs in his presence, by which he deceived those who received the mark of the beast and those who worshiped his image. These two were cast alive into the lake of fire burning with brimstone."(Rev 19:20)

With regard to those who pierced Him, it is said: "Behold, He is coming with clouds, and every eye will see Him, even they who pierced Him. And all the tribes of the earth will mourn because of Him. Even so, Amen.(Rev 1:7)

"For whoever is ashamed of Me and My words in this adulterous and sinful generation, of him the Son of Man also will be ashamed when He comes in the glory of His Father with the holy angels. And He said to them, "Assuredly, I say to you that there are some standing here who will not taste death till they see the kingdom of God present with power."(Mark 8:38-9:1)

But He sighed deeply in His spirit, and said, "Why does this generation seek a sign? Assuredly, I say to you, no sign shall be given to this generation." (Mark 8:12)

"For whoever is ashamed of Me and My words in this adulterous and sinful generation, of him the Son of Man also will be ashamed when He comes in the glory of His Father with the holy angels." (Mark 8:38)

"But to what shall I liken this generation? It is like children sitting in the marketplaces and calling to their companions, "and saying: 'We played the flute for you, And you did not dance; We mourned to you, And you did not lament.' "For John came neither eating nor drinking, and they say, 'He has a demon.' "The Son of Man came eating and drinking, and they say, 'Look, a glutton and a winebibber, a friend of tax collectors and sinners!' But wisdom is justified by her children." (Matt.11:16-19)

"from the blood of Abel to the blood of Zechariah who perished between the altar and the temple. Yes, I say to you, it shall be required of this generation.(Luke 11:51)