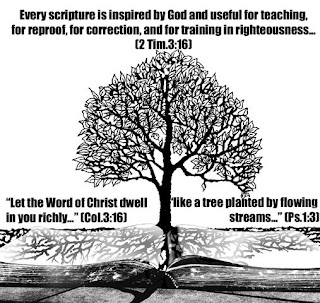 Systematic theologies usually begin either with Theology Proper (the Doctrine of God) or Bibliology (the Doctrine of Revelation). The Classical method (chiefly of the rationalists) was to begin with the doctrine of God, first by establishing the existence of God through some rational argumentation. On the other hand, the Fideist method held that theology didn’t need to begin with reason at all; theology began from the Bible, God’s self-revelation to humanity. So, they usually began with establishing first the doctrine of divine revelation, i.e. with Bibliology.

But, the inescapable problem again emerges: to try to establish the inspiration and infallibility of the Bible based on its own self-testimony would mean engaging in the informal question-begging fallacy: “I believe that the Bible is true because it is God’s Word, and what it says about itself as being God’s Word is true.” A question-begging fallacy doesn’t establish anything; it is like a man who tries to get higher by climbing over his own parachute. The external-evidence issue seems crucial at such moments. However, people like Plantinga have argued that this needn’t be the case. Internal evidences and testimonies equally count as valid, especially when they qualify as basic beliefs. Blaise Pascal had gone further to state that rationalism itself was founded upon a faith on reason; or else, what credibility does reason possess than itself in order to avoid the circular argument? Thus, the reductionism of sources to themselves seems unavoidable.

Thus, the disagreement is more about being rational than about being dogmatic. In his Escape from Reason, Schaeffer tried to historically demonstrate that the focus on the superiority of reason could hijack theology and cut it off from true faith. The sequential departure of systematic theologies from Faith in the West, especially following the Enlightenment was quoted as illustrative of the lower storey eating up of the upper storey (natural theology eating up revelatory theology). This progress of estrangement was arrested by the anti-liberal neo-orthodox movement theologically super-headed by Barth and his group of theologians. The neo-orthodox theologians tried to snatch away theology from the hands of the liberals by re-affirming sola fide (faith alone) over both reason and historical experience.

On the other hand, historical evidentialism was another frame of reference that challenged both faith and reason to accommodate to it; thus, we find the emergence of responses like Bultmann’s demythologizationism and Chalmer’s gap theory. People like Whitehead attempted to take the rationalist line and wed reason to history; others like Pannenberg wove revelation into history. In recent times, narrative theologians have decided to do away with the rational dimension of theology altogether; another example of the rational-empirical conflict. But, certainly the solution to the conflict doesn’t lie in opting for one over the other. Zeno’s paradoxes are not solved by choosing empirical phenomena above rational analysis , or vice versa.

The nature of a theological enterprise usually determines the method of doing theology. For instance, an apologetic kind of theology would seek to construct theology in a way that Faith is heavily guarded and defended. However, the irony is that apologetic theology is not primary theology at all. It comes after Faith has been meticulously adumbrated by a previous theological enterprise. Dogmatic theology, on the other hand, proceeds from sole belief in the Scriptures and uses the exegetical method, though at times the pendulum swings to extremities in order to combat the prevalent concepts of theology that the dogmatist considers to be false; in this light, we can understand Calvin’s opposition of anything that the Catholic can use to accentuate the primacy of the Pope, including the doctrine of the continuity of the charismatic gifts (Calvin said that the healing gift didn’t continue; the papacy was only misleading the masses by claiming that the gift continued). Utilitarian theologies only try to use theological categories for the proclamation of philosophically constructed ideas. Such utilitarian theologies don’t derive theology from the Scriptures but read the Scriptures in light of secular philosophy (See Thieselton, Two Horizons). But, real theology is not eisogetic (reading into the text) but exogetic (reading out of the text). Systematic theologies have to choose between epistemic assumptions: whether to begin from reason, from experience, or from faith. To people like Aquinas, the rational becomes important and reasoning is the method; to those like Sadhu Sundar Singh, the empirical is prior and narrative is the method; to those like Calvin, faith is prior and exegesis is the method.

Yet, one cannot even regard the dogmatic to be foolproof. The dogmatist vision is also colored by certain prejudices that s/he uses to resolve conflict of statements in the Bible. For instance, in the Calvinist doctrine, the foundation is the doctrine of Sovereignty of God and of His grace. Thus, wherever scriptural statements are in conflict, the arbitrator is the dogmatic basic; but, where the conflict is with science, reason, or history, the dogmatist chooses dogma over science. But, what is the basis of this dogma? It is not always right to also go by the popularity appeal (for instance, that if there are more texts to support a particular doctrine, then the conflict of passages is resolved by majority consensus—this is fallacious, seeing that one evidence is enough to falsify a theory). Also, dogmatism might become the rationale for blind faith—people of conflicting faiths may have no common platform to discuss their claims. However, the neo-orthodox theologians have argued that dogmatism is not blind when it comes to the Scriptures, because Scriptures are self-authenticating to the one who encounters God in the Word. But, again, that only allows full room for other conflicting claims to assert themselves as subjectively self-authenticating. The empiricists, however, anticipate conflicts, not just among faiths but also in Scripture; to them the idea of uniformity of revelation is not axiomatic; thus, theological conflict and dialecticism is anticipated—absolute dogma is impossible. But, if absolute truth doesn’t exist with regard to doctrine, then pluralism will become inevitable, in face of which theology becomes non-sensical; therefore, the modern quest for the narrative.

Obviously, attempting to emphasize any one of the three sources of knowledge (reason, experience, or revelation) over the others makes theological construction off-balanced. Divine revelation comes in empirical language and submits to the laws of reason. A verbal testimony that doesn’t submit to the rules of logic becomes linguistically meaningless and, as such will not qualify as revelation at all. Therefore, our construction of theology must carefully use both the eyes of reason and experience in order to see the revelation of God.
Labels: Articles Epistemology Methodology Theology