Christ the Anointed One 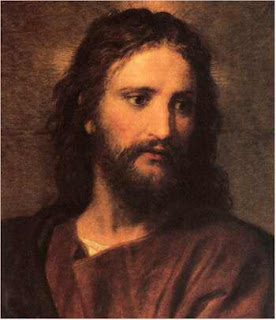 The Unity of Christ’s Anointing

A careful study of the Bible shows us the singularity and unity of Christ’s anointing as the Anointed Priest-Prophet-King of God—not three separate anointings, separate of each other, but one. He IS the Anointed One and His anointing includes all the offices of God’s work (of Mediatorship, of Manifestation, and of Mastership) through Him in the world. We can understand Him as the Priest-Prophet-King, the Divine Lord of the universe, the Image of the Invisible God (not made in the image, but is the image, Col.1:15), God, the Anointer, and the All-sufficient One.

The Anointed One is the Revelation of God (Prophet), the Ruler of all creation (Prince), and the Reconciler of all things (Priest) through whom and for whom is everything and in whom alone can all things be reconciled and be united (Col. 1:16; Eph.1:10). Therefore, we are saved, justified, can pray, and can have dominion in the Name of Jesus alone.

The Eternality of Christ’s Anointing

Under the Mosaic Law, the anointed priest (hakohen hamashiach) was one who was appointed in time, had to offer sacrifices for his own sins, and could be succeeded by another upon his death (Lev.6:20; 4:3; 6:22). The term of an earthly priest was finite; the rituals, repetitive; the effects, impermanent and imperfect. However, the office of Christ as the Anointed One of God is eternal, transcending the limits of time. Therefore, His one act of sacrifice was sufficient for eternity and His effects are absolute, permanent, perfect, and irreversible.

He incarnated as man in time. But as God, He is eternal. Therefore, His anointing is not contingent upon His humanity – i.e., one cannot say that Christ could not be called the Anointed One until after His incarnation as man. On the contrary, His anointing is independent of His humanity since He is the Source of all things and all things are through Him and for Him. It is because He is the Anointed One that He possessed the prerogative to incarnate as man and atone for the sins of the world. In that, His anointing preceded His incarnation. This is what Hebrews 1-2 is attempting to also teach us. Every time we have a heavenly declaration, we are told that He is the Son of God.

For to which of the angels did He ever say: "You are My Son, today I have begotten You"? And again: "I will be to Him a Father, and He shall be to Me a Son"? But when He again brings the firstborn into the world, He says: "Let all the angels of God worship Him." And of the angels He says: "Who makes His angels spirits and His ministers a flame of fire." But to the Son He says: "Your throne, O God, is forever and ever; a scepter of righteousness is the scepter of Your Kingdom. You have loved righteousness and hated lawlessness; Therefore God, Your God, has anointed You with the oil of gladness more than Your companions." (Heb 1:5-9)

Now, it is possible that someone will argue, “See, there is use of tense here! And, we are told that God anointed Jesus because He loved righteousness.”. But, one must not forget that this declaration is not in time, but in eternity. Though He is the Anointed One because of the anointing, this precedence of anointing is not chronological but logical in the same way that He is called the begotten Son of God, but this begetting is not chronological, for He eternally is the Son of God. The angels did not begin worshipping Him after His ascension, but He is the One they worshipped from the foundation of the world. Also, it is false to argue that God anointed Jesus as King only after His ascension. He is King eternally.

It is also wrong to think of Him as being anointed by the Holy Spirit only after His baptism. He was never without the fullness of the Holy Spirit. But, some may misunderstand the statement of Peter in Acts 10:38.

How God anointed Jesus of Nazareth with the Holy Spirit and with power, who went about doing good and healing all who were oppressed by the devil, for God was with Him. (Act 10:38)

I indeed baptize you with water unto repentance, but He who is coming after me is mightier than I, whose sandals I am not worthy to carry. He will baptize you with the Holy Spirit and fire. (Mat 3:11)

The eternal Priest-King anointing of Christ is stated by the writer of Hebrews as being after the order of Melchizedek:

For this Melchizedek, king of Salem, priest of the Most High God… first being translated "king of righteousness," and then also king of Salem, meaning "king of peace," without father, without mother, without genealogy, having neither beginning of days nor end of life, but made like the Son of God, remains a priest continually…. And it is yet far more evident if, in the likeness of Melchizedek, there arises another priest who has come, not according to the law of a fleshly commandment, but according to the power of an endless life. For He testifies: "You are a priest forever according to the order of Melchizedek.” …. Also there were many priests, because they were prevented by death from continuing. But He, because He continues forever, has an unchangeable priesthood. Therefore He is also able to save to the uttermost those who come to God through Him, since He always lives to make intercession for them. (Heb 7:1-3, 15-17, 23-25)

The Finality of Christ’s Anointing

The earthly priests, prophets, and kings were anointed with oil and ministered in divinely ordered earthly systems; therefore, they had to be respected (1Chr.16:22 – “Do not touch My anointed ones”). However, Christ the Anointed One was anointed with the Holy Spirit, eternally speaking in logical precedence, and He is servant of heavenly things.

But Christ came as High Priest of the good things to come, with the greater and more perfect tabernacle not made with hands, that is, not of this creation…. Therefore it was necessary that the copies of the things in the heavens should be purified with these [animal sacrifices], but the heavenly things themselves with better sacrifices than these. For Christ has not entered the holy places made with hands, which are copies of the true, but into heaven itself, now to appear in the presence of God for us (Heb 9:11. 23-24)

Christ is the Final Revelation of God through whom God has spoken in these last days (Heb.1:1,2) and is the fulfillment of all prophetic revelation (1Pet.1:10,11; Rev.19:10). He is the King of kings whose kingdom shall never come to an end (Rev.19:16). He is the Eternal Priest of God whose priesthood continues forever by the power of His endless life (Heb.7:25). This points to the sufficiency and finality of Christ in all things so that we are complete in Him (Col.2:9). It also speaks about the heavenliness of God’s new and final order and the Kingdom that comes from heaven, without the help of any human hand (Dan 2:34,44,45). This turns our eyes towards heavenly things where Christ is sitting at the right hand of God and in whom is our life hidden (Col.3:1-3).

Davidic Line and the Melchizedek Order

The priesthood of Christ was not after the Levitical order of Aaron, for Jesus was born in the tribe of Judah and His priesthood was after the order of Melchizedek, i.e. eternal (Heb.7:14-17). However, the kingship was given to the line of David by a divine covenant (2 Sam.7:12-16). Thus, in the Old Testament, we find Messianic prophecies that refer to Christ as David. For instance,

There I will make the horn of David grow; I will prepare a lamp for My Anointed. (Psa 132:17)
I will establish one shepherd over them, and he shall feed them-- My servant David. He shall feed them and be their shepherd. (Eze 34:23)
David My servant shall be king over them, and they shall all have one shepherd; they shall also walk in My judgments and observe My statutes, and do them. (Eze 37:24)

Yet, the Kingship of Christ preceded both Saul and David (1Sam. 8:7). Christ used a prophetic declaration made by David himself to prove to the Jews that the Messiah was not later but prior and above David.

While the Pharisees were gathered together, Jesus asked them, saying, "What do you think about the Christ? Whose Son is He?" They said to Him, "The Son of David." He said to them, "How then does David in the Spirit call Him `Lord,' saying: `The LORD said to my Lord, "Sit at My right hand, till I make Your enemies Your footstool '? If David then calls Him `Lord,' how is He his Son?" And no one was able to answer Him a word, nor from that day on did anyone dare question Him anymore. (Mat 22:41-46)

There is a danger in the Church of turning the eyes from the Anointed One to so-called “anointed” ones. Remember, even the devil was called an anointed cherub (Eze.28:14), but that anointing or chosenness didn’t make him spiritually flawless and perfect. He became puffed up with pride and fell from the glory of God. It is important for the Church to focus her eyes on Christ, the Anointed One of God, her Head, her Groom. In the New Testament, there is no anointing apart from the Spirit of Christ in us (1Jn.2:27). Because we belong to Christ and His Spirit is in us, therefore, we are witnesses of Christ the fulfillment of all prophecy, and we are kings and priests with Him.

To Him who loved us and washed us from our sins in His own blood, and has made us kings and priests to His God and Father, to Him be glory and dominion forever and ever. Amen. (Rev 1:5-6)