Jesus on Adultery, Polygamy, and Divorce 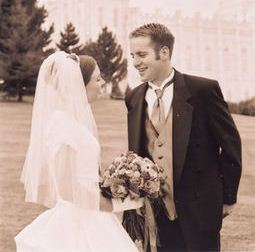 The Mosaic Law was one-sidedly in favor of the man. The man could be polygamous, could divorce his wife, and also keep concubines. On the contrary, the woman could be married to only one man and was tied to him as long as he lived. She could not divorce her husband.

However, Jesus changed that when He drew the attention of the Lawyers of His day to the Original Ruling in Genesis 2. In Matthew 5:31-32, He ruled: "Furthermore it has been said, `Whoever divorces his wife, let him give her a certificate of divorce.' But I say to you that whoever divorces his wife for any reason except sexual immorality causes her to commit adultery; and whoever marries a woman who is divorced commits adultery.” (Mat 5:31-32). This ruling doesn’t still call the man who divorces his wife as adulterer, but says that the divorced woman was caused to commit adultery. How can a mere divorce cause a woman to commit adultery? This ruling is pretty hard. It implies that the act of divorce, if not for the reason of sexual immorality, makes an adulteress of the woman. In other words, by trying to invalidate a marriage through divorce, after having had sexual relationship with a woman within marriage, a man has made the woman an adulteress (since she has already been in relationship with him, but is not now his wife as he claims). This is so because in the eyes of Jesus, no marriage is revocable. So if there is a relationship within marriage, it is pure; however, if there is a divorce subsequent to this so that the man is no longer the woman’s husband, then she has been made an adulteress for having had consensual sex with a man who refuses to call himself her husband.

In Matthew 19:3-9, Jesus gives the ruling more in favor of the woman.

The Pharisees also came to Him, testing Him, and saying to Him, "Is it lawful for a man to divorce his wife for just any reason?" And He answered and said to them, "Have you not read that He who made them at the beginning 'made them male and female,' "and said, 'For this reason a man shall leave his father and mother and be joined to his wife, and the two shall become one flesh'? "So then, they are no longer two but one flesh. Therefore what God has joined together, let not man separate." They said to Him, "Why then did Moses command to give a certificate of divorce, and to put her away?" He said to them, "Moses, because of the hardness of your hearts, permitted you to divorce your wives, but from the beginning it was not so.” And I say to you, whoever divorces his wife, except for sexual immorality, and marries another, commits adultery; and whoever marries her who is divorced commits adultery."

Jesus makes it clear that a married couple, joined, become one flesh; that Moses allowed divorce because of the hardness of people’s hearts, but this is not the natural law of God for humans; that a man who divorces his wife for any reason except for sexual immorality and marries another, commits adultery. In other words, firstly, such divorce is invalid. Secondly, if a man marries another woman while his wife is still living, it amounts to adultery. Obviously, this implies an argument also against polygamy. In other words, Jesus makes it clear that it is not just not the case that a woman cannot marry another man while her husband is there; neither can a man marry another woman while his wife is still there (the divorce is invalid). But, it also means that a man cannot have more than one wife.

But, what about cases in which the man is abusive and a threat? What about marriages that are non-consensual? What about a woman who has been divorced or a man whose wife leaves him? The Bible has answers for all such questions. However, our objective here has been chiefly the ruling of Christ in favor of the original law of God in Genesis.