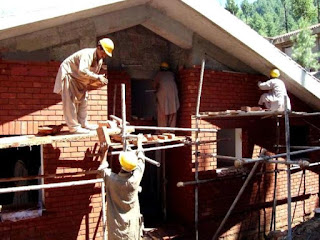 The first most important thing in a relationship is the foundation. The strength of the foundation determines the strength of the house. A house without real foundation is as weak as a castle built on air. There are many unreal materials that people use as foundation for their relationships. Some of them are physical beauty, academic excellence, wealth, skill, status, or any such impermanent things. Feelings and attitudes are subjective experiences that are not foundation materials at any case. Much of these unrealities are matters of mere assumption and imagination. It is like a fan who is enamored by a celebrity, but on drawing near is shocked that this was not the same person that she was a fan of. A planet shines brighter and more constant than the real star from afar. But, it looks plain as one draws near. The True Star twinkles dimly from afar, but becomes increasingly splendorous and bright as one draws near. A planet to a planet has no big reason to fantasize stardom of any kind. To each other, we are simply as human as each other. Fairy tales are for children.

The real material of a right foundation is right faith. Therefore, the Scriptures command us not to be unequally yoked with unbelievers. Faith is an important foundation, for what one believes in determines in a great way the breadth and depth of a relationship. No matter how expensive the external materials are, if the internal understructure is not singularly rock-like, the externals will falter and fall.

But, faith also means faithfulness. And, all this involves a deep honor for word, covenant, promises, and hopes. A person who neither honors his word or promise is relationally an unbeliever. A so-called Christian who does not honor his duty towards his own family is worse than an unbeliever. But, faithfulness goes along with lovingkindness; so, that this keeping or holding together is not an act of grudge but is strengthened by the bond and longing of love. In fact, all the good virtues of faith, moral excellence, knowledge, wisdom, goodness, self-control, patience, godliness, diligence, brotherly kindness, and love are the building blocks of the foundation. Pillars and beams are part of the infrastructure of the house. They connect the building to the foundation and transfer the weight of it to the ground. They are what bind the whole building together. The supporting structure must, thus, possess unity, integrity, solidarity, consistency, and endurance. One lays strong foundation by loving and wise acts of faithfulness, kindness, goodness, diligence, sacrifice, and patience of faith in Christ. A relationship builds up over time and has a history of understanding, cooperation, kindness, and unconditional love.
Now, it is a sad thing when people allow issues like caste and creed to determine the nature of a relationship. However, it is also a fact that where faiths collide, relationships crash. Right faith has truth as its object, love as its motive, patience as its strength, and action as its expression. False faith has deception as its object, self-gain or fear as its motive, greed or violence as its strength, and the respective action as its expression.
It will be difficult for a person who loves Christ deeply to connect spiritually with a person who doesn't love Christ fully. Christ is the foundation of all Christian relationships. Christ already provides a pre-given foundation for Christian relationships. Thus, in Christ we are one family and members of one another. If people differ in what they believe in, the relationship cannot be beyond the physical and, in some way, be only socio-economical. We can connect in a socially friendly manner with anyone, without bringing in the matter of faith, which is not necessary in cases of secular contracts and dealings, and neighborliness. There are different kinds of relationships: business, workplace, classroom, customer, family, community and so on. However, where relationship involves the question of Christ, to be or not to be becomes the question. It is like the difference between one's house and someone else' house. One can visit another man's house but is not expected to be too frequent, far be it even try to dwell in that house. This is because what is one's own is one's own; one cannot claim something that one doesn't belong to. A non-Christian relationship (house) is still a real relationship (house), but built on a different foundation. The foundation defines the nature of relationship: friendship, marriage, family, community, and so on. A Christian relates to others from the vantage point of his Christian belief. Suppose, a man at job in a company is forced by his company to do things (let's say, practice dishonesty) that would conflict with his Christian faith, the relationship is sure to suffer breakage. Sometimes, it may happen that the company will realize that the Christian wouldn't accept their illegal ways and accept him as such; other times, they may not wish to require his services anymore. Whatever be the case, a true Christian whose foundation is Christ cannot compromise his faith for any relationship in the world. A wife who has come to know the Lord may not face opposition from her husband with whom she continues in the natural human love. However, after knowing Christ, her behavior qualitatively changes since she loves and cares for his soul as well. The man may be convinced of the genuineness of this faith by observing this change in his wife. However, in cases where there emerges a conflict, one knows that a person who finds truth cannot throw it away nor compromise her faith. A true witness will remain consistent in her testimony. But, one must also remember Christ's rule that he who is not against us is with us.
Next come walls. Walls define the boundaries of the house. They also define its space or roominess. A relationship without walls is undefined, uncertain, haphazard, and tensed. It is important to first build the walls, and this happens by stating in clear terms what the limits and boundaries are. Of course, the limits cannot go beyond the foundation, but are based on it. Walls must adhere to and respect the terms set by the foundation. Boundaries define roles and function too. They also protect privacy and intimacy. Usually, they consist of do’s and dont’s, but beyond the legalistic tenor there is a right understanding of expectations and fulfillment of the same. The do’s and dont's must not come from mere traditions of men but from the teachings of the Holy Spirit in the New Covenant; not according to the letter, but according to the Spirit. The Scriptures define the meaning and roles of parents, children, friends, and siblings. But, what about relationship with people outside? Every relationship accepts the metaphor of this house, and when we try to build relationship with anyone, foundations and walls must come into place; or else, there is actually no bonding of any kind. Ultimately, it is the Holy Spirit that connects people and it is He alone who marks the boundaries. Walls ensure that everyone has his/her own personal space.

However, a house with only walls is more like a prison than a house. Every house needs windows and doors. Windows allow fresh air and light to come in. Doors allow us to go out and come in. Windows and doors speak of freshness and freedom. They also speak of true friendliness. Windows help health and growth by dispelling stagnant airs and channelling the freshness that only comes from God who created the world. Windows help us to see things better both within and without. They allow light that illuminates the house. They allow us to be able to possess our space within and yet not be unaware of what's happening without. But, they also remind us to mind our own business, because windows are set on walls. A relationship without proper windows and doors is more like a slave camp. God never created slaves. He created humans in a way that we need the help of each other. One does not need to submit to slavery if he or she has the means to be free. One does not need to submit to a relationship in which people allow them neither windows nor doors. A healthy relationship honors the freedom of the other. Windows and doors also must be strong and provided with proper locking systems; for, they are meant to be locked against thieves and damaging rain and wind. Doors also define the proper entry system into a relationship. We know that there are many thieves who will rather try to climb up some other way than come through the proper door. Their motives are evil. They try to use carnal means to rob human souls. Doors intimate watchfulness. A wise woman and a wise man knows when to open or to close the windows and doors of the house. Every Christian door is smeared with the Blood of the Lamb. Christ is the Door. He is the Mediator, the One who comes in between separating, yet joining perfectly, people together. 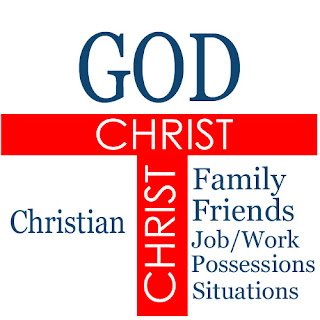 Then, another most important element of relationship is the ceiling, the overcovering, the roof above the head. It speaks of shelter. A covenant relationship is a place of protection and shelter. The roof defines shelter. Imagine a house with foundations, pillars, walls, windows, and doors, but without a roof. It is far from being a shelter. However, it is possible for someone to find shelter under the shadow of a tree or even a plastic sheet tied to poles. The importance of the roof cannot be mitigated. No man can be the covering or roof of any relationship, family, or church. There is only one covering, the Capstone, Christ. Christ is the shelter to whom every eyes will turn. Christ is the Head of the House.

Construction is not an automatic event. It requires wisdom, diligence, passion, action, timeliness, patience, and endurance till the end. Then, the embellishments come into place. And, then one also has to learn to keep the house well in order for it to be homely. Relationships are not the goal of life. They are also not the means. They are what we are. We are relational beings. We are the House of God. Thus, to build relationships only means to be what God made us to be. God is a Family, God is Love, and God created us in His own image and likeness.
Labels: Articles Family House Inter-personal Relationship Relationships