One advantage of prophecy is that it can be verified in history. While the Genesis account of creation is disputed by many in the scientific community (with some theologians attempting to demythologize it), prophecy resists such attempts. Thus, the strongest of evidences for the Messiahship of Jesus did not come from science [it could not] nor from the miracles He did, but from the fulfillment of Old Testament prophecies regarding Him. However, the sheer irony of all this is that while prophecy helps to unfold the meaning of events to the believer, the prophecy itself includes a clause regarding disbelief in the same (which also needs to be fulfilled). Thus, while many disciples were able to see the Messianic prophecies as fulfilled in Jesus, there were many others who could not see this, thus fulfilling the prophecy (though volitionally rejecting it) that they would despise and reject the Messiah. 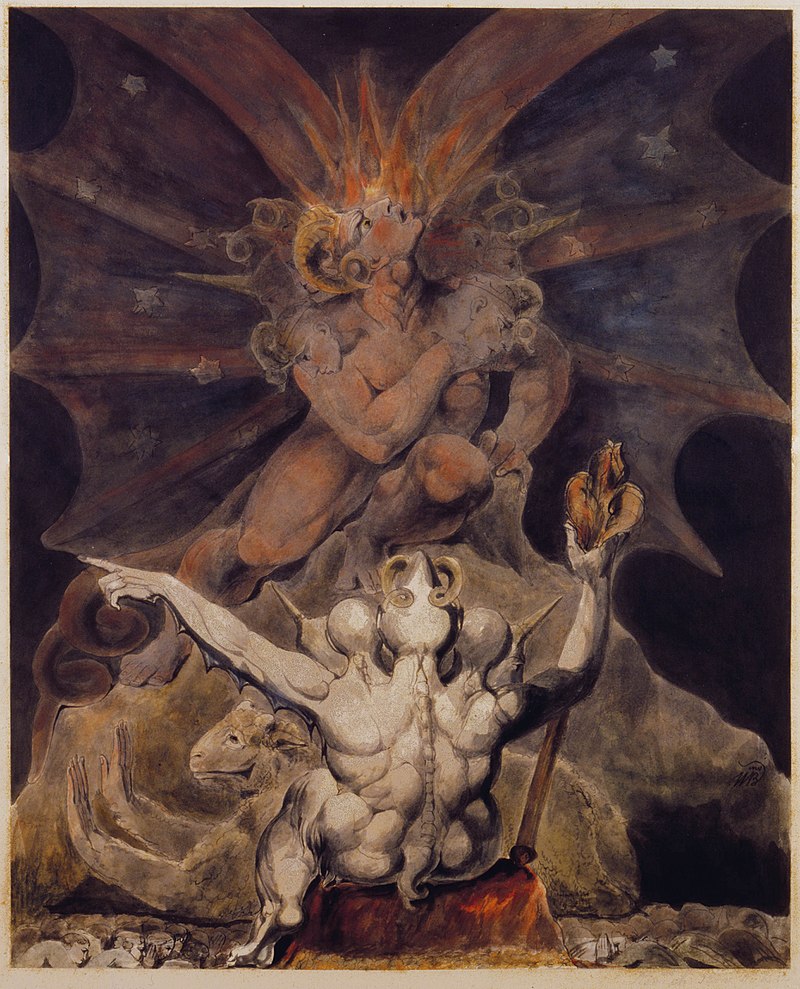 The biggest problem of evolutionism is the issue of how life can originate from a mere collocation of atoms, even if those atoms were (by chance) placed in the right sequence. The either-DNA-or-protein-first problem continues to haunt evolutionists though there are hypotheses that this is resolved by the RNA world hypothesis. Yet, that hypothesis is also not problem-free. It seems that a phenomenon of some kind of genius giving "life unto the image" can be a staggering event for humanity. To the intellectuals, it could suggest a very advanced level of scientific achievement that an image (a rightly sequenced pattern) could not only come to life but also be able to communicate and make intelligent decisions. Probably, this would not be at a level of the much theorized battery powered AI robots (breath of life is not the same as battery-run).

Rom 1:23  And changed the glory of the uncorruptible God into an image made like to corruptible man, and to birds, and fourfooted beasts, and creeping things.
Rom 1:25  Who changed the truth of God into a lie, and worshipped and served the creature more than the Creator, who is blessed for ever. Amen.

The idea of "beast" being used for humans is a reduction that signifies a corruption of the divine image. Without God in the picture, man is not much different from the beasts


I said in mine heart concerning the estate of the sons of men, that God might manifest them, and that they might see that they themselves are beasts. For that which befalleth the sons of men befalleth beasts; even one thing befalleth them: as the one dieth, so dieth the other; yea, they have all one breath; so that a man hath no preeminence above a beast: for all is vanity. All go unto one place; all are of the dust, and all turn to dust again. Who knoweth the spirit of man that goeth upward, and the spirit of the beast that goeth downward to the earth? (Ecc 3:18-21, emphatics mine)

The modern rebel that Chesterton referred to, at least, had some moral sense of not being a beast though scientifically affiliating with beasthood: "The man of this school goes first to a political meeting, where he complains that savages are treated as if they were beasts; then he takes his hat and umbrella and goes on to a scientific meeting, where he proves that they practically are beasts."

But, the forthcoming beast-worshiper will be morally dissolute as well.

Rom 1:24  Wherefore God also gave them up to uncleanness through the lusts of their own hearts, to dishonour their own bodies between themselves:
Rom 1:26  For this cause God gave them up unto vile affections: for even their women did change the natural use into that which is against nature:
Rom 1:27  And likewise also the men, leaving the natural use of the woman, burned in their lust one toward another; men with men working that which is unseemly, and receiving in themselves that recompence of their error which was meet.
Rom 1:28  And even as they did not like to retain God in their knowledge, God gave them over to a reprobate mind, to do those things which are not convenient;
Rom 1:29  Being filled with all unrighteousness, fornication, wickedness, covetousness, maliciousness; full of envy, murder, debate, deceit, malignity; whisperers,
Rom 1:30  Backbiters, haters of God, despiteful, proud, boasters, inventors of evil things, disobedient to parents,
Rom 1:31  Without understanding, covenantbreakers, without natural affection, implacable, unmerciful:
Rom 1:32  Who knowing the judgment of God, that they which commit such things are worthy of death, not only do the same, but have pleasure in them that do them.

Rev 16:9  And men were scorched with great heat, and blasphemed the name of God, which hath power over these plagues: and they repented not to give him glory.
Rev 16:10  And the fifth angel poured out his vial upon the seat of the beast; and his kingdom was full of darkness; and they gnawed their tongues for pain,
Rev 16:11  And blasphemed the God of heaven because of their pains and their sores, and repented not of their deeds.
Rev 16:12  And the sixth angel poured out his vial upon the great river Euphrates; and the water thereof was dried up, that the way of the kings of the east might be prepared.
Rev 16:13  And I saw three unclean spirits like frogs come out of the mouth of the dragon, and out of the mouth of the beast, and out of the mouth of the false prophet.
Rev 16:14  For they are the spirits of devils, working miracles, which go forth unto the kings of the earth and of the whole world, to gather them to the battle of that great day of God Almighty.