Freedom from Corruption begins with the Individual 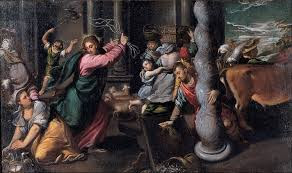 Newspapers and news channels are seething with the issue of corruption, injustice, and violence nowadays. While there is anger and outrage about why politics reeks with hatred and abomination of every kind, I am forced to consider the problem of the human situation once again. They say it right, “Fix the man, and you fix the world”. We know the story of a boy given a world map torn into several pieces and asked to fix it. He fixed it quite easily, because he said, he noticed the image of a man behind the map and knew that if he fixed the man, he could fix the world.

But, I am not concerned as much of national politics as I am concerned about our own small circle of work and relationships. Some time ago, I visited a mainline congregation whose pastor was filled with sorrow about the kind of situation that his denomination was in. He said that he was unjustly demoted and transferred to a, comparatively, remote location because he had voiced opposition against blatant corruption promenading at the headquarters. He was filled with sadness about the state of the system he was in. The thought about his situation reminded me of a movement I came to know about from another dear friend who is with the Lord now. He and a group of scholars were in a movement aimed at purifying one of the biggest ecumenical church that began with the aim to unite all saints together, but has, purportedly, turned into an unholy mess. I pulled out the book they published and mourned over words that talk of violence, abuse of power, and financial irregularities. I remember a couple of theological students once visiting from another seminary grieve about vote peddling, bribery, and immoral practices during the time of elections in their own denomination (or abomination as some prefer to call). We continue hearing of false reporting, exploitative maneuvers, and a host of corrupt practices in organizations all over the world. Every now and then some scandal hits the headlines of newspapers relieving them of the tedious. This doesn’t excuse any group or any human system wherever of the evils they find in others. Those who point finger at others must look within to see whether they are not condemned of the very thing they accuse others of. Feeling righteous about oneself doesn’t make one righteous or give one the right to condemn others. Name calling and vilifying of humans helps less to solve problems. Bitterness breeds bitterness. Hatred breeds hatred. Revenge breeds revenge.

Of course, one leader can lead a nation either into the Promised Land or, mournfully, even into hell. Of course, again, unjust systems will produce injustice and not justice, leading to intensification of evil. Ideas matter. Policies matter. Yet, the Bible teaches us that before we can talk of purifying other things, we must purify our hearts and our hands first. The priests had to purify themselves before they could enter in to serve in the temple. The self-righteous are never divinely justified. But, those who confess their sins are forgiven.

But, we ask. Why did God wait so long before He exiled the people of Israel from their land, though they kept sinning and sinning against Him? The Lord expressed through Jeremiah: “As a fountain wells up with water, so she wells up with her wickedness. Violence and plundering are heard in her. Before Me continually are grief and wounds.” (Jer 6:7) Evidently, evil receives exponential growth in any system that favors it. In pre-exilic Israel, violence and wickedness had become systemic, leading to its imminent downfall. When evil becomes internalized, the result is evil. However, there was a ray of hope. Destruction could have been averted if there were even one man, as the Lord explained "So I sought for a man among them who would make a wall, and stand in the gap before Me on behalf of the land, that I should not destroy it; but I found no one. Therefore I have poured out My indignation on them; I have consumed them with the fire of My wrath; and I have recompensed their deeds on their own heads” (Eze 22:30-1). But, who is this man who can stand in the gap? That one man is every individual in a nation who loves God, knows the seriousness of divine government, turns from evil, acts justly, heals the brokenhearted, speaks the truth, and becomes a light to his fellowmen. That man is you and I. Freedom from corruption begins with the individual.