The Significance of Miracles 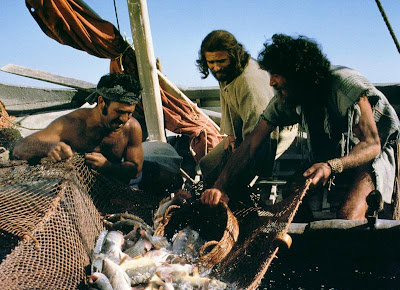 Jesus told the Jews to believe in Him, if not because of His words, then because of His works. The book of Acts records signs and wonders that accompanied preaching. The Bible talks also about lying signs by the devil in the last days. Obviously, as human experience proves (in all anthropological cultures), miracles play an important role in the area of faith and worldview formation.

Despite the Enlightenment euphoria challenging the possibility of miracles, chiefly David Hume's criticism of them, reports of miracles have only increased. Of course, there is the need to investigate the reports.

A notable deed of miracle cannot not be ignored, whether people believe the message or not. The Bible does show the supremacy of the divine deed in cases like Moses' confrontation with the Egyptian magicians, Elijah's confrontation with Baal priests, and Philip's preaching in Samaria where Simon the Magus was baptized.

One important aspect of the Christian Life is prayer. The very reality of prayer affirms the reality of divine intervention. A miracle is nothing but a direct divine act of intervention. While miracles may sometimes be notable and these become talk of the day, we must not miss the acts of God that are regularly experienced in our lives.

Jesus told His disciples that the world stands in greater accountability because of the works He has done. This means that miracles make our lives more accountable to God. In fact, the totality of miracles that have been done till now far exceed the number in the days of Christ. The world has a higher accountability.

It will not be a surprise if miracles meet with skepticism. The Jews didn't accept Christ's miracles as divine. There are those who wish to rationally explain a miracle. But, every human does have a divine encounter with an invitation to either accept or reject the supremacy of God.

In Surprised By Joy, C.S. Lewis doesn't describe his conversion as the result of logical arguments. He talks of having a divine encounter and given the time slice of choice, to decide to believe or reject. Of course, he chose to believe.*

I have seen cases where a young boy brought in a completely vegetable state, turned down by doctors, was healed completely in few hours through prayers. Another guy with a putrefying waist condition, incapable of even standing, was totally healed through prayers alone and came bicycling the next week. Another girl with blood flowing from her forehead was healed when the demon was cast out. Now, one can try to come up with a rational explanation, but it would be a miracle if any natural explanation of a supernatural work can obtain the same results.

But, one must remember, a miracle is not the result of following some laws of miracles or some formula. A miracle is an act of God's sovereign will and grace.

* Lewis mentions a number of events that preceded his conversion moment and were instrumental in compelling him to this free choice. His dissatisfaction with the writings of non-theist writers (who seemed "tinny" and shallow) and with the falsity of chronological snobbery (the fallacious view that the most modern view should be the most accurate and updated), along with his reading of Christian writers, especially Chesterton, played an important role in shedding light on the path he was walking on and the path that the Gospel offered. However, in all these, Lewis discerned God's move in his life and recorded the final divine move as a checkmate that drove him to his knees, "the most dejected and reluctant convert in all England", as he called himself.


PR: What is lost when the good news of the Kingdom is shared unaccompanied by the Spirit’s power?

JP: We lose the ministry of Jesus. He taught, proclaimed and demonstrated the Kingdom’s power and we should, too. We also lose the distinctively supernatural aspects of our religion. Finally, we lose intimacy with God because the power and presence of God are often two sides of the same coin in scripture.

PR: In Kingdom Triangle, you give some advice about how churches can encourage growth in the miraculous. Have you seen these ideas work out in churches newly open to the contemporary ministry of the Spirit?

JP: I have seen this. What is important is for each church to locate where they currently reside regarding these issues and be who they are, yet with an eye on growing a bit in this area. Then each church must be willing to take some risks and step out in faith such that God may not show up but if He does it will be obvious. Finally, each church must learn from its failures and continue to go forward.

A Witness To The Goodnews by J. Rodman Williams


In the charismatic movement there are clear evidences that the contemporary endowment of the Spirit is making for more effective witness, both personal and social. It is apparent on many charismatic fronts that there are both a fresh kind of "reality evangelism"- -a joyous, often indirect but highly potent, form of witness about the new life in Christ- -and many vigorous and creative expressions of concern for the manifold disorders in personal and corporate life.