The Original Division of Light From Darkness (Genesis 1:4) 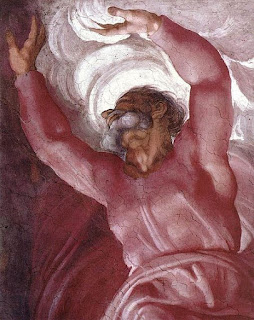 And God saw the light, that it was good; and God divided the light from the darkness. (Gen 1:4)

The usual way has been to look at this along with the statement that "God called the light Day, and the darkness He called Night." (Gen.1:5). So Barnes notes:


God then separates light and darkness, by assigning to each its relative position in time and space. This no doubt refers to the vicissitudes of day and night, as we learn from the following verse: Gen 1:5 Called to the light, day, ... - After separating the light and the darkness, he gives them the new names of day and night, according to the limitations under which they were now placed.

Of course, the scientific views in the 17th century were quite different from the views now. Today, scientists hypothetically talk also of something called dark matter and dark energy. According to NASA,


We know how much dark energy there is because we know how it affects the universe's expansion. Other than that, it is a complete mystery. But it is an important mystery. It turns out that roughly 68% of the universe is dark energy. Dark matter makes up about 27%. The rest - everything on Earth, everything ever observed with all of our instruments, all normal matter - adds up to less than 5% of the universe. Come to think of it, maybe it shouldn't be called "normal" matter at all, since it is such a small fraction of the universe.
.....
By fitting a theoretical model of the composition of the universe to the combined set of cosmological observations, scientists have come up with the composition that we described above, ~68% dark energy, ~27% dark matter, ~5% normal matter. What is dark matter?

We are much more certain what dark matter is not than we are what it is. First, it is dark, meaning that it is not in the form of stars and planets that we see. Observations show that there is far too little visible matter in the universe to make up the 27% required by the observations. Second, it is not in the form of dark clouds of normal matter, matter made up of particles called baryons. We know this because we would be able to detect baryonic clouds by their absorption of radiation passing through them. Third, dark matter is not antimatter, because we do not see the unique gamma rays that are produced when antimatter annihilates with matter. Finally, we can rule out large galaxy-sized black holes on the basis of how many gravitational lenses we see. High concentrations of matter bend light passing near them from objects further away, but we do not see enough lensing events to suggest that such objects to make up the required 25% dark matter contribution.

Is Genesis 1:4 talking about the division of light and normal matter from dark matter and energy? I am not in a position to immediately draw any conclusions now. But, I find the very statement of God dividing light from darkness quite stunning.

I think it was Emil Brunner who emphatically noted that God not only created light but also created darkness, based on the Biblical declaration in Isaiah 45:7 - "I form the light, and create darkness."

Obviously, if God didn't create darkness, where would it come from?

Of course, we are not trying to depend on scientific hypotheses to help us understand this. But, isn't it remarkable that scientists are talking of dark matter and dark energy in opposition to the phenomenon of light?

Interestingly, the Scripture tells us that in the new creation and in the City of God, there will not be night anymore:

And there shall be no night there; and they need no candle, neither light of the sun; for the Lord God giveth them light: and they shall reign for ever and ever (Rev.22:5)