Dicipline by hearing the voice of the Lord
Deut 4:36 From heaven he made you hear his voice to discipline you. On earth he showed you his great fire, and you heard his words from out of the fire. 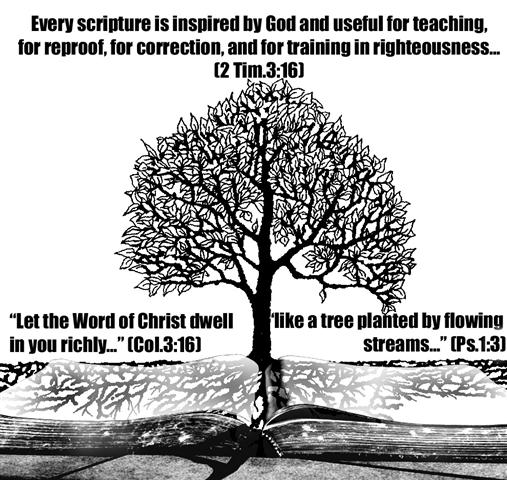 Prov 1:2-3 for attaining wisdom and discipline; for understanding words of insight;for acquiring a disciplined and prudent life, doing what is right and just and fair
Ps 94:12 Blessed is the man you discipline, O LORD, the man you teach from your law;
Prov 6:23 For these commands are a lamp, this teaching is a light, and the corrections of discipline are the way to life,

Discipline by seeing and experiencing God's works
Deut 11:2 Remember today that your children were not the ones who saw and experienced the discipline of the LORD your God: his majesty, his mighty hand, his outstretched arm;
Deut 11:3 the signs he performed and the things he did in the heart of Egypt, both to Pharaoh king of Egypt and to his whole country;
Deut 11:4 what he did to the Egyptian army, to its horses and chariots, how he overwhelmed them with the waters of the Red Sea as they were pursuing you, and how the LORD brought lasting ruin on them.

Discipline through the fear of the Lord
Prov 1:7 The fear of the LORD is the beginning of knowledge, but fools despise wisdom and discipline.
Prov 5:21-23 For a man's ways are in full view of the LORD, and he examines all his paths.The evil deeds of a wicked man ensnare him; the cords of his sin hold him fast. He will die for lack of discipline, led astray by his own great folly.

Discipline through the rod and rebuke
Prov 13:24 He who spares the rod hates his son, but he who loves him is careful to discipline him.
Prov 20:30 Blows that hurt cleanse away evil, As [do] stripes the inner depths of the heart.
Prov 22:15 Folly is bound up in the heart of a child, but the rod of discipline will drive it far from him.
Prov 23:13 Do not withhold discipline from a child; if you punish him with the rod, he will not die.
Prov 3:11-12 My son, do not despise the LORD's discipline and do not resent his rebuke, because the LORD disciplines those he loves, as a father the son he delights in.
Deut 8:5 Know then in your heart that as a man disciplines his son, so the LORD your God disciplines you.
Job 5:17 "Blessed is the man whom God corrects; so do not despise the discipline of the Almighty.
Heb 12:5 And you have forgotten that word of encouragement that addresses you as sons: "My son, do not make light of the Lord's discipline, and do not lose heart when he rebukes you,
Rev 3:19 Those whom I love I rebuke and discipline. So be earnest, and repent.

Discipline through the Spirit
2Tim 1:7 For God did not give us a spirit of timidity, but a spirit of power, of love and of self-discipline.
1Cor 11:31 But if we judged ourselves, we would not come under judgment. (Self-examination)
1Cor 11:32 When we are judged by the Lord, we are being disciplined so that we will not be condemned with the world.
Rom 8:13 For if you live according to the flesh you will die; but if by the Spirit you put to death the deeds of the body, you will live.
Rom 8:14 For as many as are led by the Spirit of God, these are sons of God.