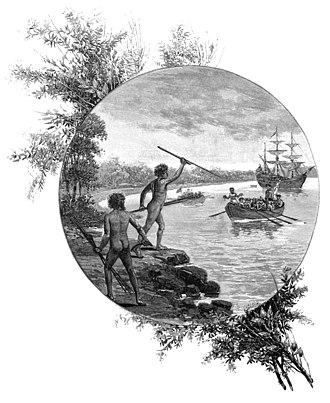 NOTE: This is not a dogmatic stance, but only an hypothetical exploration attempting linguistic clarification.

Culture and Religion are not the same, though they are very close. There are various theories that suggest a model of relationship between them. One of them tries to see Religion as the soul of culture. This view doesn't consider the fact that there could also be non-religious cultures. Perhaps, one may quote the Pirahas as an example of such a culture. (Wiki) Of course, this doesn't rule out the fact that some kind of belief-system may be involved in a culture.

Another view looks at Religion as an organic part of Culture, but in such a manner that it affects the other parts.

We suggest here that the elements that can be altered through religious effect are religious elements, and the basic elements that religion may use (e.g. language, art, science) for its own purposes are cultural. Of course, there are cases where the usage takes on religious flavors; however, the basic "culture" is still distinguishable from the adoptions. Purely cultural elements are essentially different from the religious ones. Culture and Religion can be identified separately from each other if we keep this distinction clear. The cultural elements must not be confused with the religious elements. Thus, people having differing beliefs can still follow one culture and only disagree with regard to religious elements or belief-related elements (such heterogeneity is intense in metropolitan cities); however, there usually is a particular spirit of the age and world view in general. Also, certain cultural traits may be identified as grammatical directives of a particular culture providing the functional rules for interpreting the meaning of symbols within or from its context.

Let’s introduce the following two hypotheses as the formula for identifying and distinguishing elements of culture from elements of religion (in religion, also including anything of a religious nature, including ideological elements):
On the basis of the above two hypotheses, let’s preliminarily suggest the following table of elements of culture and religion (noting also that some elements mentioned here may not necessarily be present in every religion or culture):

Now, certainly objections are bound to arise against differentiating the cultural from the religious for the following reasons:

1. Traditional definitions of culture included religion as a part of culture. In fact, theologians such as Ernst Troeltsch (1865-1923) maintained that culture is the soil of religion and Paul Tillich (1896-1965) believed that religion is the soul of culture. To Troeltsch, transplanting a religion from its cultural soil to any other culture would mean fatal to it. However, for sure, the soil theory doesn’t stand the test of anthropological studies. For instance, Buddhism took root in India, but is more at home now in China, Sri Lanka, Korea, and Japan than in India. Similarly, Christianity took root in Palestine, but "is" (?) more at home now in the West. As far as the soul theory is concerned, identifying a religion with a culture can pose problems in modern pluralistic experiences; for instance, it is possible that people sharing the same Western culture may be having a variety of different religious beliefs.

2. One of the most influential definitions of culture was given in the book Primitive Culture (1871) by Edward Tylor who defined culture as “that complex whole which includes knowledge, belief, art, law, morals, custom, and any other capabilities and habits acquired by man as a member of society.” Of course, Tylor saw culture and civilization as synonymous in this opening definition of his book. However, later scholars have found such a definition to be too general and much inclusivist. In addition, there is also the debate about whether anthropology can be best studied as one of the humanities or as a science. Various responses to Tylor’s definition tend to either look at culture in terms of its external elements (e.g. artworks) or in terms of the internal mental states (psychological behavior) of individuals sharing a culture. But, again perhaps the width of Tylor’s definition can be narrowed down by not treating culture and civilization as fully synonymous.

Richard Niebuhr’s (1894-1962) five-fold classification of the relationship between Christ and Culture does certainly point to the fact that the religious can be distinguished from the cultural. Niebuhr’s classification saw the following ways in which Christ encountered Culture:
For anthropologists, however, taking the evolutionary and a-theistic approach to religion and culture, religion may be looked at as something that grows out of culture (evolving from animism on to more philosophical forms of religion). Such attempts tend increasingly towards religious relativism and the discouragement of absolutes. But, the evolutionary approach is not necessarily fool-proof. In fact, more recent studies point out that monotheism, not animism, explains several historical facts that are intractable on the evolution of religion hypothesis. Certainly, one can clearly notice that the elements of religion are distinguishable from the elements of culture.

Case 1: Customs and Manners Knowledge of the culture within which a religion originated plays an important role in the cultural retention of certain aspects of a religion. However, in process of time as historical understanding develops, prior misunderstandings may be clarified. For instance, look at the paintings below:


The artist, in the first painting, attempted to keep the original cultural elements like dress forms, vessels, etc intact within the painting; however, wherever knowledge of elements went missing (for instance, table customs and manners), he supplied it from his own cultural heritage. In the second painting, however, we find the Lord's Table to more resemble the middle-eastern format (e.g. persons reclining on couches with a shorter table in the middle; also, it's not the wafer but a middle-eastern bread that is shown).

Case 2: Dress Forms and Tools
But, in cases where such historical understanding of origins may be vague or none, the cultural form is retained. For instance, there have been historical attempts to trace the origins of Aryan religion in Europe. One attempt sees relationship between the Hindu Agni and Ignus (Latin, Fire), Mithra and Mithra (Persian, Friend), Varuna and Ouranos (Greek, Heaven). However, such historical tracings are absent in the Indian narratives; consequently, the cultural forms are very local. However, where historical knowledge is present (as in Hinduism that spread to South Eastern nations), the original forms remain intact. Thus, we see that the Indian Hindu deities are adorned in the cultural dress forms (saree, dhoti); similarly, the biblical angels appear in white dress with harps and trumpets. Also, the heavenly warriors appear with swords (not with machine guns and bayonets). In other words, while cultural forms may change, cultural elements historically fixed in religion don't appear to change.


Case 3: Language
The Scriptures of Christianity were written in Hebrew and Greek. However, globally now, translated versions are the ones in use and language is not a dogmatic element of worship. In fact, the New Testament was written not in the Jewish tongue but in the more popular Greek tongue (embracing a form of cultural globalism of the day). But, in a few other religions, the original language plays vital role. For instance, in Islam, Arabic is considered as the heavenly language and in Vedic Hinduism, Sanskrit is considered as the language of the gods (See Wiki).
Further Notes from Discussion at Philpapers

1. When I put Science or Reason in Culture, I point out to the non-dogmatic nature of culture, which is open to change. This doesn't mean that religion doesn't embrace or is not born in cultures. It only tries to separate the one from the other. For instance, the gods and goddesses of Hinduism are still always portrayed as wearing Sarees and Dhotis (General Hindu Dress). It might be considered an offence to portray them in Western clothes. This talks about the stagnancy of "religion's culture". However, Hindus don't necessarily wear only sarees and dhotis. They don't find wearing jeans or western coats as offensive. But, in a ceremony where religion (its stagnancy) is dominant, for instance during a Hindu marriage, what one wears can be an ethical issue. Similarly, modern armies use guns and bombs, but the gods and goddesses of religion may still be only pictured with swords and arrows. That depicts the difference between what culture is by itself in historical development and how religion differs from it in its conservative holding to the "original culture" in which it originated. Another example would be the dynamics of linguistic development versus the language-culture of religion. For instance, in Islam Arabic is considered to be the divine language. However, modern Arabic has a dynamic history of development and modern Arabic is not totally the same as the Arabic of the 4th century. Similarly, in Vedic Hinduism, Sanskrit is considered the language of the gods; but, in modern times Sanskrit is no longer used for conversation. It is taught in the schools but never used. That talks about the dynamics of culture versus culturalism of religion and should highlight that their difference. Religion will have to use cultural elements for sure, because it is always born in some culture or the other. However, cultures don't remain stagnant; they progress, inter-change, embrace new patterns. But, there is a kind of dogmatic stance, an absolutist aspect to religion in general. There are many such examples that can be cited in this regard. However, it also seems that certain cultural practices (e.g. Birthday Cakes and Candles) will remain unchanged and may even be absorbed by other cultures due to their simplicity and appeal. Yet, the difference between what is cultural and what is religion will be evident in that the cultural element, unlike the religious one, doesn't have metaphysical issues attached to it.

2. When I put Altar/Sacrifice in Religion, I only indicate that wherever such ideas are found, these are not cultural symbols but religious symbols.

3. When I say culture is about aesthetics, but religion is about ethics, I mean that cultural context plays an important role in what is considered beautiful or valuable and what is not (for instance, in some cultures a long neck would be considered beautiful and in some cultures girls are fed to make them look stout because leanness is considered unattractive). However, religion/ideology is very prescriptive, more in the ethical sense because it gives the rationale about why an action is wrong and why it is right and describes the consequences, in religious/ideological/philosophical terms. For instance, one cannot say "In modern American culture, homosexuality is not wrong." One can say that most Conservative Evangelicals believe homosexuality is sin; and, many liberals and atheists consider homosexuality to be okay. In this case, ethics is certainly not a cultural but an ideological/religious issue.

4. When I put entertainment in culture and worship in religion, I am using the terms only as exemplary symbolic representations. Culture contains entertaining elements like dance, arts, drama, and music. Religion will use these elements and give them a particular form (for instance, church music or Hindu bhakti bhajan). In some cultures, religion even becomes the patron of some form of arts. For instance, the god Shiva Hinduism is called the god of dance. But, those are religious attempts to claim cultural elements. Shiva has only a particular form of dance; and for sure, the orthodox dance-system doesn't approve modern dance or non-traditional dance forms (even the Western). Yet, one sees as fact of matter that the common man (not the traditionalist) would be more attuned to modern and popular art-forms and appeals of entertainment than to the traditional.

See Also
Culture and Religion
29 Ways to Cultural Change According to Raimon Panikkar
Christianity and Culture
Religion and Culture: Problems in Definition
Discussion Page at Philpapers