Let Not the Honor of Man Prevent You From Experiencing the Power of God! 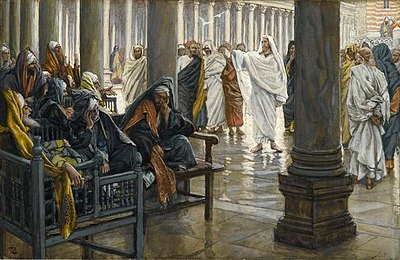 One of the greatest hindrances to faith is the fear of being rejected or of losing honor in the sight of men. Jesus said to the Jews, "How can you believe, who receive honor from one another, and do not seek the honor that comes from the only God?" (John 5:44).

Let's take the case of a young man who is being blessed by the simple truths regarding the things of God shared by a man of God who is known well as a man full of faith and of the Spirit. However, one day he meets a worldly wise man who appears to be very noble and has good knowledge of theology and philosophy. When asked of his opinion about the former minister, this theologian remarks that all such teaching is folk theology. If this young man falls prey to the despising attitude of this worldly wise man he has allowed water to fall on the little sparks that were catching fire in his heart.

Given that quite a many of these simple ministers have erroneous opinions, it is also certainly not the case that quite a many of the worldly wise men do not have erroneous opinions. The more intellectually disposed world is more anti-faith disposed as well. But, the fear of being despised and counted as one of the simpletons or folk-religionists is much enough for many to just keep off from the despised camp.

So, what is the result? The simpletons tell us what they found out in the Word of God and how they put it into practice and saw results. They even quote many stories from their own experiences. On the other hand, the worldly wise men talk difficult, over the head things and continue to despise the simpletons. Looking at the Pharisees, it seems that spirituality and theology are not for the common man. But, what do we learn from Jesus?

He was a simpleton in the eyes of the world. He spoke in parables and His words flowed deep into the hearts of the common people. He touched the sick and healed them. He drove out demons. He preached the Kingdom of God and called men and women to repentance. He raised the dead. He didn't set up a University, but He made disciples and showed them faith, becoming a model to them. The high-minded ones didn't like Him. Some may have found things of practical interest in Him; but, then they found out that if they appreciated Him, they would lose prestige and honor among the big guys; so, they chose to look great (while remaining miserable in their personal lives).

But, the fishermen and the sinners whom these intellectuals thought to be the common ones, became the ones struck every corner of the world with the lightning flashes of the Gospel.

I understand Peter was too simple; but, he walked on water. If you wish to live like Christ lived and live like He wants you to live, look at Him, listen to Him, and don't allow the fruitless high-mindedness of humans stop you from seeing the heavens opened and the angels of God ascending and descending on the Son of Man.
Labels: Faith Power of God Thoughts