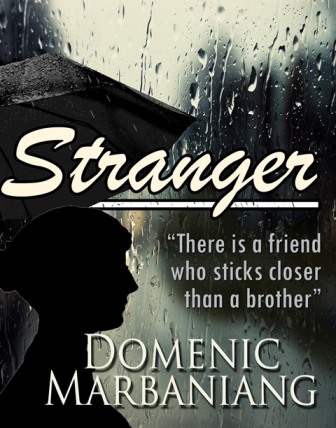 “You seem to be in grave consternation!”

I turned to my right and saw a lean middle-aged man sitting on a chair closeby, smiling at me. He wore a simple and neat white shirt tucked into his brown trousers and had a certain curly waves of hair on his head that evidently couldn’t be groomed. His face looked casual and carefree. He wore a gold ring on his left finger, and a brown thread on his right.

“I saw you arrive with Clever. He has a particular dislike for me, you know… Well, these businessmen, they look at me as some kind of an omen. But, I do surprise them with my unwits sometimes.”

“Shouldn’t I have asked you the same? But, it doesn’t matter what or who you are to me or to anyone, isn’t it so? Of course or perhaps or may be not; whatever…” he drew his chair close to me and spoke in whispers with a crystal spark in his eyes, “The truth is that truth is a catchword; reality is a myth; existence is a game of accommodative meanings that we create in order to be who we are and find our own identity. That’s where frustration strikes hard. Instead, why don’t just let go, then you’ll see magic in every shade of hue, in every breeze of the wind, in every blade of grass, and every twist of the atom. Let things be what they are and let things be known as they let themselves appear. Suffering results from overstraining of the brain to accommodate the world to an attribute that doesn’t belong to it, namely meaning…. Isn’t that strange?”

“I don’t get what you say,” I replied feeling even more strained by what he said.

“You don’t get it because you strain to link things together into a meaningful story. You don’t realize that a story is only beautiful because it happens, because it is let to happen so.”

“What has happened to me is not so meaningful after all!”

“How can something be beautiful without being meaningful?”

“If you just experience it without any demand whatsoever.”

“The butterfly dances to the rhythm of the wind flapping wings with colors from the rainbow, the peacock prances with the air of a king spreading feathers in a fanlike show; the mortals covet their beauty and sigh and moan casting their faces low, not realizing that it’s their covetous ambition that turns them into the world below. But, just let it go, let it go. Let be what the rhythm of this dice-play calls for. Be the dance, be the prance, then you’ll be beauty without straining to see the beautiful.”

“Are you a dance teacher?”

“I am Chance…”
Labels: Chance Stories