Some Keys to Hegel's Phenomenology of the Mind 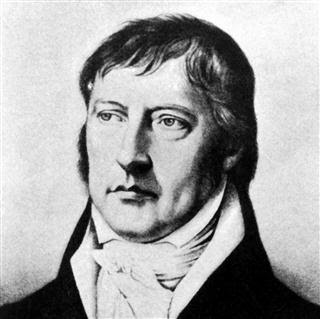 Based on Hegel's Preface to his Phenomenology of the Mind

Key Definers
1. Nothing is False or True. Reality is Negativity. The dialectical view anticipates this principle. Reality is grasped in the (dialectical) process.

The more the ordinary mind takes the opposition between true and false to be fixed, the more is it accustomed to expect either agreement or contradiction with a given philosophical system, and only to see reason for the one or the other in any explanatory statement concerning such a system. It does not conceive the diversity of philosophical systems as the progressive evolution of truth; rather, it sees only contradiction in that variety. The bud disappears when the blossom breaks through, and we might say that the former is refuted by the latter; in the same way when the fruit comes, the blossom may be explained to be a false form of the plant's existence, for the fruit appears as its true nature in place of the blossom. These stages are not merely differentiated; they supplant one another as being incompatible with one another. But the ceaseless activity of their own inherent nature makes them at the same time moments of an organic unity, where they not merely do not contradict one another, but where one is as necessary as the other; and this equal necessity of all moments constitutes alone and thereby the life of the whole.... But contradiction as between philosophical systems is not wont to be conceived in this way; on the other hand, the mind perceiving the contradiction does not commonly know how to relieve it or keep it free from its onesidedness, and to recognize in what seems conflicting and inherently antagonistic the presence of mutually necessary moments (Preface to Phenomenology of the Mind)

Truth and falsehood as commonly understood belong to those sharply defined ideas which claim a completely fixed nature of their own, one standing in solid isolation on this side, the other on that, without any community between them. Against that view it must be pointed out, that truth is not like stamped coin that is issued ready from the mint and so can be taken up and used. Nor, again, is there something false, any more than there is something evil.

2. Hegel, thus, cannot denounce any system and one will expect his view to integrate all, denounce all, affirm all, reinterprete all. Thus, it is logically absurd to try to find argument for any view in Hegel.

3. Hegel's view is self-defeating; since, by his own principle of approach, an approach opposed to his view can also be valid.

4. Hegel's view is to raise philosophy to the level of scientific system. The system, thus, becomes inductive rather than deductive. But, science is still an infant....

6. The ego, or becoming in general, this process of mediating, is immediacy itself. Moves towards reflection.

7. Reflection is the positive moment of the Absolute. In reflection. the contrast between the conclusion and the process of arriving at it is dissolved.

8. Nature and reason aren't different. Reason/nature is purposive activity. In nature, purpose is immediate, is its existence for itself, or pure negativity -- reality.

It is the inner being of the world, that which essentially is, and is per se; it assumes objective, determinate form, and enters into relations with itself−it is externality (otherness), and exists for self; yet, in this determination, and in its otherness, it is still one with itself−it is self−contained and self−complete, in itself and for itself at once. This self-containedness, however, is first something known by us, it is implicit in its nature (an sich); it is Substance spiritual. It has to become self−contained for itself, on its own account; it must be knowledge of spirit, and must be consciousness of itself as spirit. This means, it must be presented to itself as an object, but at the same time straightway annul and transcend this objective form; it must be its own object in which it finds itself reflected. So far as its spiritual content is produced by its own activity, it is only we [the thinkers] who know spirit to be for itself, to be objective to itself; but in so far as spirit knows itself to be for itself, then this self−production, the pure notion, is the sphere and element in which its objectification takes effect, and where it gets its existential form. In this way it is in its existence aware of itself as an object in which its own self is reflected. Mind, which, when thus developed, knows itself to be mind, is science. Science is its realization, and the kingdom it sets up for itself in its own native element.

10. A self having knowledge purely of itself in the absolute antithesis of itself, this pure ether as such, is the very
soil where science flourishes, is knowledge in universal form.