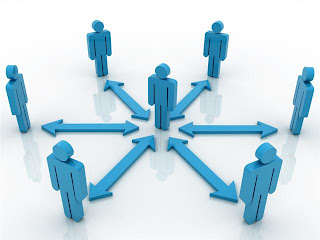 But, there is another trait that is not negligible when getting into business with someone or when appointing a person in a leadership position: ambition, strong-will. Ambition is not to be confused with stubbornness or stiff-neckedness, the trait of the fool (Pro.29:1). Foolish ambition is certainly dangerous. However, ambition in the sense of having a strong desire to win (not to defeat others, but to win) is healthy. On the other hand, weak-will is dangerous as it is easily susceptible to deception and lure (2Tim.3:6, CJB). The weak-willed fall easily under the sway of influence, but the strong-willed speak up, raise objection, counter, and create influence. The strong-willed have a voice and they want it to be heard.

False ambition, however, is dangerous. It can lead to foolish and hazardous undertakings. False ambition also has nothing to do with truth but is ego-centric. It doesn't care for true knowledge because it is all the while only busy thinking how to defeat, oppose, and undermine the other in order to exalt the self. Such kind of egotistic ambition will heap up arguments after arguments, but will never have a conclusion of its own - only so that it can continue in perpetual antagonism (1Tim.6:3-5). The Bible exhorts us to turn away from people who have ambition but do not have the fear of the Lord (1Tim.6:5). But, right ambition is bold about truth and doesn't submit at any cost to folly of any kind.

There is a false view about "ego", that self-denial involves killing your own voice and not becoming proactive. That is not the Christian self-denial that Jesus exemplified. There are some who have even objected to Jesus's exclusivist claims like "I am the Way, the Truth, and the Life" saying that these claims are too egotistical. Such objections have sprung from a deeply damaged self-esteem culture, where one is encouraged to not be bold about truth anymore for the sake of modesty. But, such modesty is weak-willed and such humility is false. G.K. Chesterton diagnosed it well when he wrote:

Modesty has moved from the organ of ambition. Modesty has settled upon the organ of conviction where it was never meant to be. A man was meant to be doubtful about himself, but undoubting about the truth: this has been exactly reversed. Nowadays the part of a man that a man does assert is exactly the part he ought not to assert-himself. The part he doubts is exactly the part he ought not to doubt - the Divine Reason... The old humility was a spur that prevented a man from stopping: not a nail in his boot that prevented him from going on. For the old humility made a man doubtful about his efforts, which might make him work harder. But the new humility makes a man doubtful about his aims, which will make him stop working altogether. (Orthodoxy)

When someone asked Peter J. Daniels, the Australian entrepreneur, what he looked for in a person before hiring him, he replied instantly, "Ego". He continued that they looked for a person with strong ego because that person has will and power to go and and get things done. He may oppose, he may object; but, he will also strive to do the best.

Fear of the Lord coupled with strong ambition sparks passion that is not foolish but wise and seeks above everything else the pleasure of heaven.