ANGER is one-letter away from DANGER 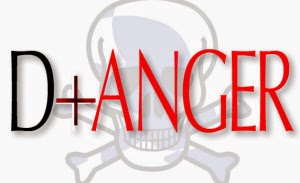 Anger is one-letter away from Danger, I've heard it said.
I think the letter "D" could also be pronounced as "Death";
For that is what Anger brings about: Death of Relationships,
Death of Joy, Death of Health, and Death of Happiness.

So, be slow to Anger, the Bible says;
For, the angry are friendless, mindless, and gainless;
And, all the fury that a man would put to display
Can never work out, for sure, heaven's righteousness.

See how Cain was cursed for his murderous anger;
See how Moses was banned for his frustrated ire;
For anger did turn one's own brother into a stranger,
And burn the lips of the meekest man with torturous fire.

So, be angry, but sin not;
Let the love of Christ put those flames out;
Burn instead with the Fire of the Spirit,
And let God take care of your world around.